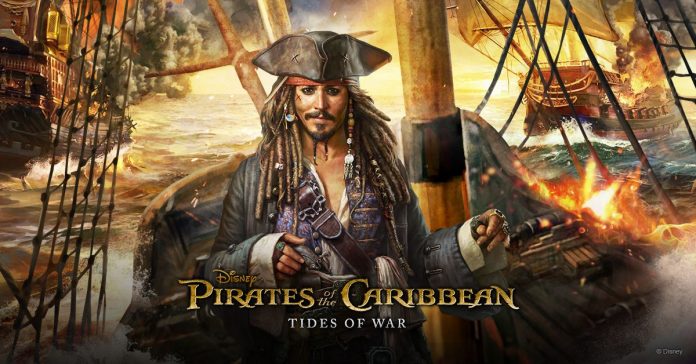 Join Captain Jack Sparrow as you sail the seven seas to become the best pirate in the world! Pirates of the Caribbean: Tides of War is a strategy RPG/base management game based on the hit movie series. As a newly appointed captain of your own pirate haven, you’ll need to raise your own swashbuckling crew and build a sea kingdom fit for your name. As you conquer the open seas, you’ll come across familiar faces like Will Turner, Captain Barbossa, and of course Captain Jack Sparrow himself! We’ll help you become the ultimate pirate captain with our Pirates of the Caribbean: Tides of War cheats, tips and tricks strategy guide!

Being a pirate isn’t always easy, but have no fear! Starting out in Tides of War is pretty simple, so let’s get started with our Pirates of the Caribbean: Tides of War tips and tricks guide!

You know the drill! Any good pirate worth their salt will always make sure to complete the main campaign quests. You can see which one you need to do next by the banner at the bottom left corner of the screen. Tapping on it will take you exactly where you need to go to complete the quest. Completing these quests will ensure that your pirate base stays up to date and with the latest research, ships, and pirates. You’ll also get a ton of resources and experience too.

Your main attacking vessels are your pirate ships of course! When they’re docked at your base, you can tap on them to see their details. You can also assign pirates and most importantly queue up upgrades. Each ship has four aspects you can upgrade: ship firepower, hunting rewards, capacity, and ship armor. You should try to upgrade these as soon as you can to their maximum. The best part about this though is that they’re not considered building construction so upgrades don’t take up a slot in your construction queue.

Speaking of queues, this game is all about managing them. You have…

Always try to keep all of your queues busy, especially if you’re waiting for a long one.

In addition to the regular main quests, you also have Daily Quests. They function just like regular quests with one catch – you get rewards and stuff as normal but each quest is worth a certain amount of daily points. Under the daily quests menu you’ll see a bar that fills up whenever you complete a daily quest. Upon reaching certain thresholds you’ll be able to open a daily quest chest. These chests contain even more goodies you’ll want to hang onto. These daily quests reset when the day is over, so try to complete as many as you can!

That’s all for Pirates of the Caribbean: Tides of War. If you have any other tips or tricks to share, let us know in the comments below! 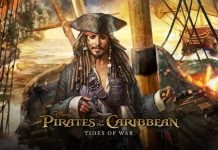 Live Life Like Jack Sparrow in Upcoming Pirates of the Caribbean: Tides of War Game for Mobile