Home Guides Pinhead Finally Arrives to Dead by Daylight Mobile: Everything You Need to... 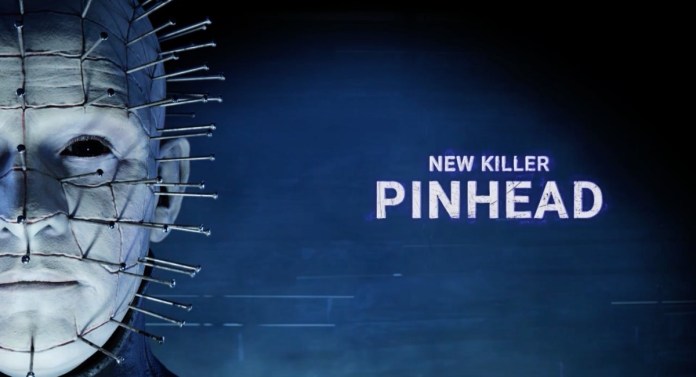 Dead By Daylight Mobile has introduced a new killer: Pinhead from Hellraiser, also known as The Cenobite. Pinhead has been in the console and PC versions of the game since September 2021, and mobile gamers have been eagerly awaiting him. Here is everything you need to know about this formidable killer in Dead By Daylight Mobile.

The Cenobite (Pinhead) in DBD Mobile

Pinhead is not the easiest killer to master, but once you do, he can be pretty devastating. His main skill (Summons of Pain) is chains and hooks that he can summon from Hell and fling out in front of him to hook and slow Survivors. The Survivors cannot sprint while these are slowing them down, as they suffer from the “Incapacitated” effect, and they also cannot leave through the Exit Gate until they remove themselves from the chains.

Pinhead also brings with him the Lament Configuration. This deadly box is on a timer, and when it is active, it brings forth chains that randomly appear and snag the Survivors, to slow and stop them from whatever action they are trying to perform. This can cause them to miss skill checks and even interrupt a Totem cleanse, meaning they have to start again. The Survivors must pick up the Lament Configuration box and “solve” it to get rid of the chains until the timer counts down again. When they begin solving the box, The Cenobite receives a notification, transports to the box, and chases the Survivor—this also starts the countdown for the chains again, and the box respawns elsewhere.

These perks, as with any other Killer or Survivor Perks, are all teachable perks, meaning they can eventually be used on other killers once you level up.

The Cenobite also comes with a vast array of add-ons that make his hooks more deadly, faster, and easier to use. This is one Killer that takes some practice to master, so good luck!

Let us know in the comments below if you have been waiting for this Killer to arrive!