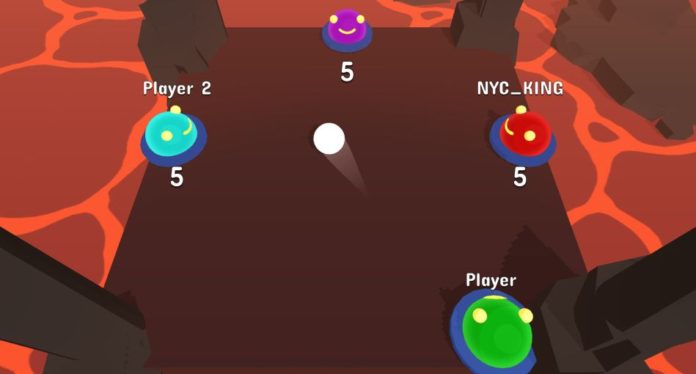 Ping.io is a fun new mobile game from Voodoo and this time it seems to be slightly connected with the legendary Pong. And we’re here to help you get the most out of this game by sharing a bunch of Ping.io cheats and tips in our complete strategy guide.

As opposed to the classic Pong, Ping.io is played by 4 players, each defending their own side of the screen from balls that increase in numbers as time goes by. Only one player will be left at the end of the round – and that would better be yourself, because you need bragging rights for sure!

I am not 100% sure that all Ping.io games are actually played against human players as there are some indicators that AI might be present instead – or I am just that good! It doesn’t really matter in the end, because everybody loves to keep on winning. So let’s make sure that you do the same by checking out our Ping.io tips and tricks below. 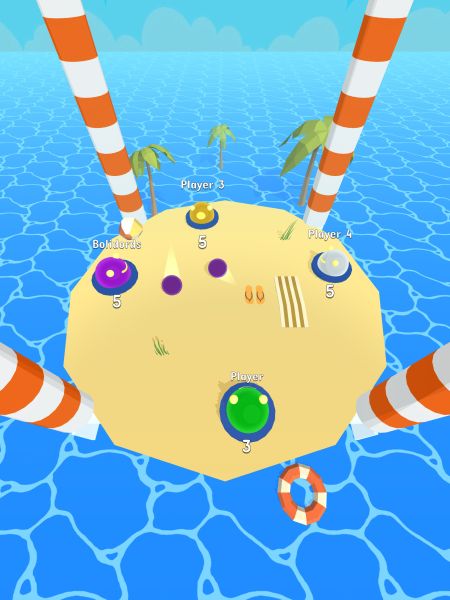 It’s all training until emerald
I have recorded my first loss when I got to Gold 1 ranking – and that because I wasn’t really paying attention to the game. But the difficulty actually increases once you hit the Emerald ranking, and that is when all the games start becoming more challenging and fun.

So consider all the ranks up to Emerald as training: learn the mechanics and improve your skill, because you will need it once you get to there and beyond! 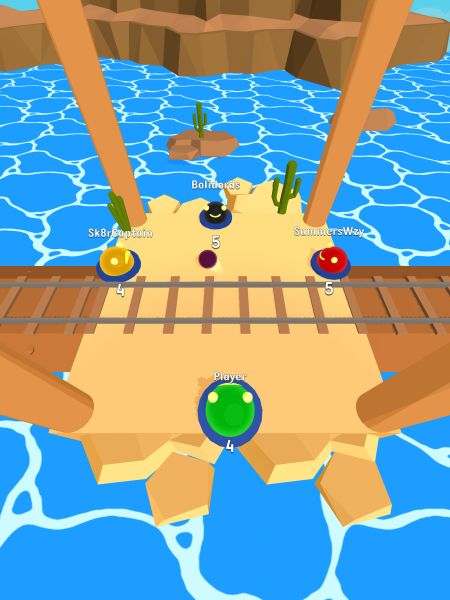 This is done by hitting the ball at an angle or by dragging your character to a side exactly when the ball hits – this gives it a totally unexpected direction and is usually enough to fool your opponents and score you points.

Focus on the corners
The corners – the one to your left and right are the easiest to take advantage of because your opponents can’t really defend them well enough. So whenever you have the chance and the ball is going in the right direction, try taking advantage of this: focus on sending the ball towards the corners and you’ll score easily.

This is also one of the reasons why the opponents to the left and right are the easiest to take out – so focus on getting them out one at a time, instead of randomly sending balls all over the playing field. The fewer opponents you are facing, the easier it is for you to launch devastating shots. 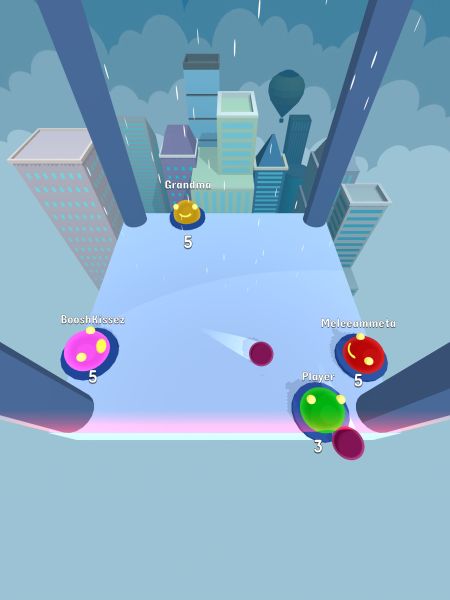 Give the balls extra speed
This is probably what you should do no matter what: give that extra speed boost to your balls. When you do, the balls leave a firey trail behind and the extra speed is usually enough to make your opponents lose a life.

In order to hit those powerful shots, all you have to do is hit the ball with more speed when it’s getting close: simply swipe over the screen from a bit of a distance instead of patiently waiting for the ball to hit your character.

Play without ads
This is always a difficult thing to recommend, because it is ads that pay the developers of the game and allow them to put food on their table. Therefore, if you are annoyed by the constant ads that the game throws at you after each match, it would be recommended to buy the IAP that removes them. This way, everybody is happy and you’re saying a nice “thank you” to the creators of this fun game.

But if you really can’t afford it, there is a way to get past the ads: turn off your Wi-Fi or mobile internet connection and play the game: no more ads for you! But do have in mind what I told you earlier and try to do this as little as possible to encourage the developers to create equally fun games in the future.

This would be everything that we have in store in order to help you get better at Ping.io. This is indeed one of those games where your skill and reflexes matter the most.

But if you have some additional Ping.io tips and tricks to share with fellow players, don’t hesitate to let us all know by sharing your comments below!