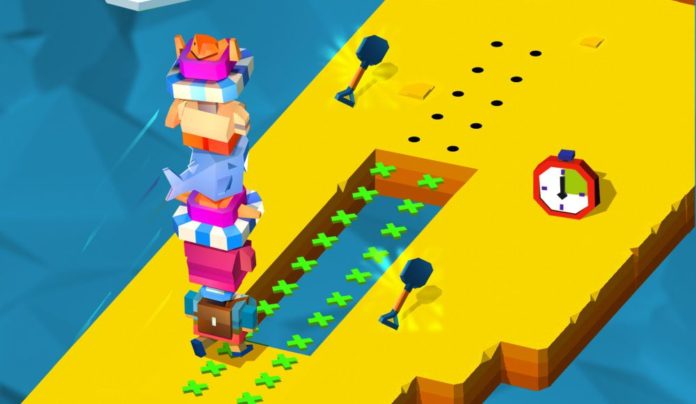 Piggy Pile is a fun and addictive pile & run game from Crazy Labs. And we’re here to help you with some Piggy Pile cheats and tips in a complete strategy guide for this mobile game.

Things are pretty much straightforward here, to be honest and it’s mostly based on your skill and luck, but if you’re looking for every bit of extra detail about this game, we have it here for you. So let’s not waste a single second and let’s check out some Piggy Pile tips and tricks below.

Change the controls
If the default tap controls don’t work for you, you can change them in the settings menu to drag controls. I personally prefer the touch and hold ones better, but if you think you’re not performing at your best, you cat try the new ones as well.

Look at the base of your pile
You will hopefully build piles that are very, very tall. These piles are extremely distracting with all their wobbling and zany characters. However, try to beat your instinct that has you look at them and instead stay focused on the base of the pile. 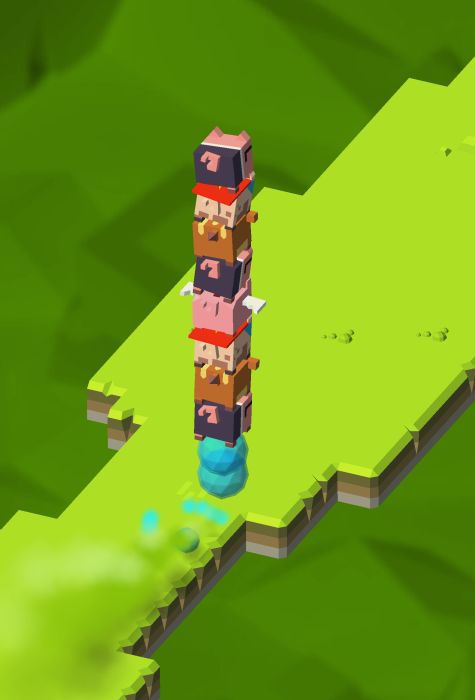 That is the only thing that matters for most of the game, because that’s where the bad things can happen. But if you look at the base only and ignore the top, you have higher chances of avoiding obstacles, collecting goodies and extra characters for your pile.

Take advantage of the stairs
These are the most important parts in the game in my opinion, even better than the clocks or shovels. Stairs allow you to move to a new height without losing a character, and that’s huge.

Stairs take some time to master though as the perspective – combined with the overall speed of the game – can sometimes be tricky. But keep going for the stairs and after a while you’ll become a master at climbing them from the right spot and never losing a character when doing so!

Pick up the treasures on the clouds
If you manage to get a pile high enough to reach the clouds that appear every now and then, you can collect whatever goodies are there – usually treasures with a ton of coins. Have this in mind and try to do it if possible, but remember tip #2 and focus on the bottom. But it’s good to know that you can actually collect those goodies!

Revive when you break a record
When you’ve broken your record or when you’re closed to doing so (or at least on a very good run), it’s worth reviving your squad. You can either watch an advertisement or pay some regular coins – you can do either and keep on going. Don’t waste your time with runs that are not that great as you will also waste money.

But when you can really take advantage of running some more, don’t hesitate to accept the offer and keep on going. This is how the top high scores are made!

Not too much for those who were looking to boost their high scores to spectacular levels, but hopefully enough to keep you playing and give you what you need to unlock the next world and next characters. If you have more Piggy Pile tips and tricks to share with fellow players, don’t hesitate to do so by posting a comment.