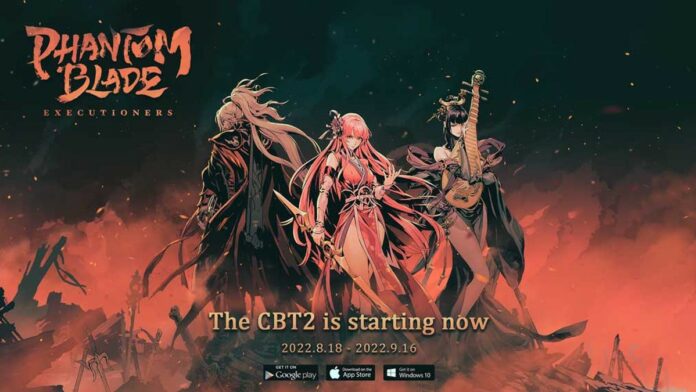 Phantom Blade: Executioners is giving eager fans another chance to experience the “kungfupunk” action RPG with a Closed Beta Test on iOS, Android and PC. Running from August 18th to September 16th, the CBT titled “Serenade of Ruin” will introduce an awesome character, add a new chapter, refundable microtransactions and more.

The latest Closed Beta Test for Phantom Blade: Executioners will let players give the game’s microtransactions a go, and all purchases will be refunded when the test ends. There will also be a 100% gratitude bonus on Open Beta.

The game features a thrilling tale set in a noir universe, where arcane spells, kungfu and machines collide. A simple investigation into the forbidden art of body manipulation called Sha-Chi leads to twisted truths as players progress through the game.

Phantom Blade: Executioners boasts adrenaline-pumping combat, real-time battles and stylish combos that spice up the gameplay. The CBT highlights ranged character The Chord’s career paths, as well as a new story chapter titled “A Failure’s Redemption”. Plus, a special login bonus will give away Epic Phantoms, Golden Sigils and Stamina – there will also be an increased acquisition rate of certain Epic Phantoms along with special timed quests (Fallen Justice and Her Dark Side).

Eager to get started? You can learn more about Phantom Blade: Executioners from the official website.