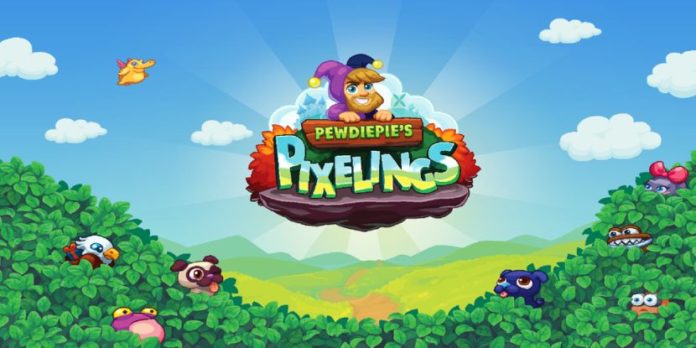 For those looking to do better in PewDiePie’s latest mobile game, we have a bunch of PewDiePie’s Pixelings tips and tricks to share today – a complete guide for beginners, helping you understand how to play the game and build a perfect winning team.

Albeit painfully slow, PewDiePie’s Pixelings is actually a really good RPG with a high level of challenge (really, it’s SO difficult to 3-star stage 13!), with tons of creatures to unlock and levels to complete.

But there are always some things that you should have in mind if you want to get the most out of the game and we’re here to talk about them all. So let’s not waste any time and instead let’s check out some PewDiePie’s Pixelings tips and cheats below.

Get three stars for each stage

This is probably the most important thing that you should be aiming for: getting those three stars, because once you do, it allows you to instantly complete a stage afterwards.

Sure, instantly completing one requires 3 energy as opposed to 1 if you play it yourself, but the fights are generally time consuming, so it’s just better to replay and win them instantly for the top loot. Which takes us to the next tip…

Replay stages to get the best Premium rewards

Since energy is limited and so many stages are out there waiting to be played and replayed, you should always prioritize and play the ones that are best suited for your current situation.

For each stage that you have mastered, you can see the type of Premium reward that you can win. These premium rewards can only be won once per day per stage, but can help you a ton and farming the right ones is key to making your team stronger and your game easier overall.

Therefore, my recommendation would be to focus on getting Chests (but don’t get more than you can handle: if you have no inventory space for them, they just go to waste!).

Afterwards, you should go for getting additional character shards – you need these in order to upgrade your characters and make them stronger, so only go for those characters that you’re actually using in battle.

Finally, depending on your current situation, go either for XP items (like bacon and such) or extra money. The latter is used to upgrade your existing characters or buy extra shards from the store so you will always need a ton of it. XP items are useful too for when you have unlocked a new and solid character that you want to improve quickly so that they make an impact in battle.

The good thing is that you have options here and you should always focus on grinding on the stages that are most useful for your particular in-game situation at the moment you’re playing.

We have a love/hate relationship with loot boxes, but no matter if you like them or not, they’re a part of PewDiePie’s Pixelings universe. So you should always be working on opening a box (take advantage of the ad that allows you to speed up opening them by 4 hours!) and always have a replacement for the one(s) you open.

The Treasure Chests are extremely important because they reward you with random character shards and some money, making it a lot easier for you to super power-up your characters.

Buy heroes from the shop

If you don’t want to rely on the randomness of the Treasure Chests and you want a bit of control, you can always visit the shop and buy shards from there. Have in mind that they are extremely expensive and only get them when you have an excess of money.

You don’t want to buy all the shards that you can, but then be unable to actually level up your characters because you no longer have money! So always do the math before making a purchase, to decide if it’s worth it or not.

Later on in the game (VERY late, I would say), it might be the case that a Mythical creature that you haven’t upgraded at all will be worse than a similar level Rare that you have upgraded several times… but until you can get in such a situation, there’s a long way to go.

And if that is indeed the case, you can simply make the switch then (or upgrade your rare creature several times to make it better). But until then, have in mind that rarer creatures are always better than more common ones.

Level up and improve your existing creatures

The problem with the rarest creatures is that they’re extremely difficult to find and especially upgrade. On the other hand, you will get a ton of shards for the more common ones and simply upgrading them just because you can will be a waste of resources.

Instead, focus on the creatures that you really use in battle at the moment when you can make the upgrade. These upgrades are really expensive and you will end up replacing the common ones sooner rather than later, so you don’t want to invest too much in creatures that you will never use afterwards.

Early on in the game, for example, I recommend focusing on just two common characters: Pewds himself (good damage dealer and easy to get shards for) and Maya (good for the healing skill, especially if you are lucky to get shards to level her up a bit too).

Apart from that, less common is better and you will get better options sooner rather than later, as I already said. Try to only upgrade creatures when you’re having trouble getting past a stage – but not necessarily master it, because some are really hard early on (looking at you, Stage 13!)

Tips & Tricks to win all battles

While having the best possible characters in your team is one of the decisive factors when it comes to grabbing the win, there are some other things that you should consider and I am listing them below:

– team composition is important. I recommend having at least 2 tank type characters (with lots of health to put up front) and the rest – damage dealers

– the spells you use in battle are really important too. You absolutely need a healing spell first and for the second one – the support spell, consider its mana requirements. The more mana a spell requires, the more difficult will be for you to cast it.

– know how each of your creatures attacks – some attack the front line characters, some attack in a straight line. Knowing this and mastering positioning on the battlefield is key!

– I have won many battles (especially PvP ones) by paying close attention to the enemy’s positions relative to my own’s. What I want (and you want too) is to take out their most dangerous characters out of the game ASAP.

This means that you want the highest damage dealers – usually in the back row, like Falcon – taken out ASAP. In order to do that, keep an eye on the attack bar of your characters and rotate your heroes in such a way that the one that’s next to attack will hit your target.

For example, if you start with Bob up front and Pewds and Falcon at the back, and you’re targeting the enemy’s Slippy, after Pewds shoots at Slippy, change its position with Falcon, so that he can have a shot at Slippy too. Mastering this will give you the key to victory.

– Keep an eye on your troops’ health: either switch positions to put them in a place they won’t be attacked if their health is low (and you still want them on the battlefield) or simply switch them with another character from your deck, which comes with full health.

But remember, the character that comes off the bench will have its attack progress bar reset, so it’s best to replace characters from the battlefield with those from the bench after they attack. (However, switching their positions on the field does not reset their progress meter).

– Finally, also look at their special skill counter: it’s the stars above their health and attack bars. When that fills up, the next attack will also trigger their special. Another important thing to keep in mind – and maybe change positions if you want to take advantage of the skill (or keep the character in battle a bit longer if you need it activated before you make the switch).

Boost your earnings by watching ads

On the home menu, where you see your current team and spells, you have a big green button that says “Boost”. Hitting that button allows you to watch an advertisement to get double coins for the next 30 minutes, so it’s good to do this when you have a lot of energy to spend (and enough time to do so).

While the Arena battles are not extremely fun at the moment because there’s no Ranked play, testing your skills against other human players has its own advantages. Not only that you will get a lot of XP and money if you mange to win, but you will also use chests this way.

So if you can win battles in the Arena, you end up saving energy for getting new chests you can unlock from the main campaign and instead Instawin other stages.

Plus, the Arena Chests have their own set of potential heroes that you can win – with some good rare ones, so it’s really worth doing your best there and being as active as possible.

These would be our tips and tricks for PewDiePie’s Pixlelings. If you have additional suggestions for fellow players, don’t hesitate to let us all know by commenting below.