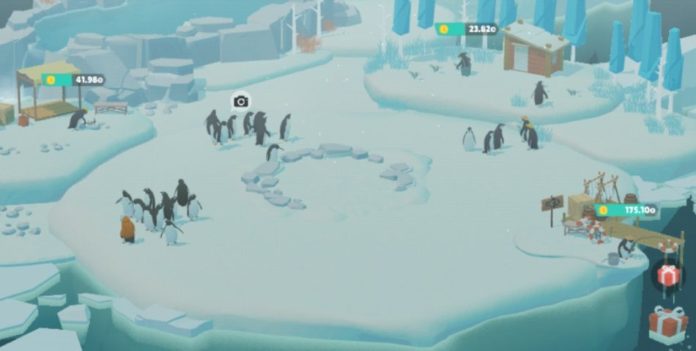 Penguin’s Isle is one of the most relaxing idle games I have played recently, and always a joy to return to. However, being the competitive freak that I am, I also want to do as well as possible in the game itself, unlocking all penguins and making a ton of money.

If you are in a similar situation, then you are in luck as I am here to help you with a Penguin’s Isle guide: tips and cheats to help you get the most out of the game and do it blazing fast.

Because things can quickly turn from relaxing to stressful if you constantly don’t have enough money for the next upgrade or for unlocking new content on the island. So let’s get that sorted out by checking out some Penguin’s Isle tips and tricks below.

Upgrade the habitats in the correct order

Just like in most idle games out there, in Penguin’s Isle it makes sense to start upgrading your buildings from the bottom to the top. We do this because, usually, the latest habitats you have unlocked will give you the best monetary rewards.

The only exception here is the first penguin: the game loves it so much that many of its missions require you to keep on leveling it up and sometimes more than it makes sense from a profit point of view, but you should keep on doing that because the missions are extremely important.

But eventually, even that will get old. So focus on leveling up the habitats you have unlocked most recently. This is the way to making tons of money.

Penguins are not just cute as they start roaming the island and reward you with all sorts of goodies, but they actually make it a lot easier for you to progress.

Sometimes, unlocking a new penguin is more profitable than leveling up your habitats, as they will always increase ALL income by 150%.

Now that’s a massive boost for you – so make sure to keep buying the penguins you like to make buying new stuff a lot easier.

Focus on completing the quests

The missions that you get in the upper right corner should always be your main focus as they reward you with those lightning bolts.

These can be used to unlock various upgrades, such as increasing revenue, reducing building upgrade costs and much more.

Some of these upgrades (called “research” in the game) are more important than others.

Therefore, I would recommend to always use those bolts to upgrade them in this order: general gold production increase, upgrade cost decrease, penguin creation discounts and then everything else in order to Tier Up and start over with new boosts.

Keep an eye on the roaming penguins

The penguins on your island apparently love having their photo taken. So keep an eye out for when a camera icon appears above their head and take an in-game photo (it won’t be saved on your phone unless you choose to) for a huge money reward.

Also, you will notice that hearts appear above their heads as well from time to time. Tap those to speed up the heart collection process – and use those to improve your earnings even further.

You don’t really have to tap the hearts as they will get automatically collected eventually – but if you do, you speed up the process and get them faster, resetting the countdown to a new set of hearts.

How to put those hearts to good use?

While the rule that applies to upgrading habitats with coins goes with hearts as well, I found out that in reality it is much better to upgrade your habitats using hearts from top to bottom.

If you just wait to get enough hearts to upgrade the latest habitat you have unlocked, you will have to wait for a very long time, reducing the profits that would come in during that time from upgrading earlier habitats.

There are two exceptions to this rule, however, as we found here at Touch Tap Play:

1. Whenever you unlock a new habitat, save until you have enough hearts to unlock the auto collection. That is the most important part, as you don’t have to constantly tap the penguins working there to start making money.

2. If you have spent a fair amount of time away and the heart rewards from being offline are huge and allow you to get more advanced upgrades, get those first!

Apart from the regular penguins that you unlock by tapping the Egg icon, you can also unlock some special creatures that will roam your island and provide all sorts of bonuses.

When it comes to these creatures, you don’t have much control, though: you get bits for them from unlocking Treasure Chests, and they are randomly awarded.

To open a Treasure chest, you can watch an ad every now and then and get 1 item or spend 200 Gems to open a premium chest with 3 different items.

Just make sure to activate them when you have enough bits collected: tap the egg icon in the lower left corner, and select “Creatures” from the menu.

You have to keep track of the amount of cards you have for each creature as the game doesn’t signal with an exclamation mark when a new unlock or level up is available.

There are amazing cool rewards in the water!

The rewards and awards that Penguin’s Isle offers you do not end here! You will also see that every now and then different things pop up in the water. These will reward you as follows:

Also, after watching 6 ads (no matter how long it takes you), you will also receive some free Gems as a reward. So don’t hesitate to watch ads every now and then.

Always double your away income

When you are away, you earn income for a set amount of time. If you spend a lot of time away from the game, I recommend you to double the income generated.

In order to do so, you will have to watch a video ad – but if you’ve spent over 2 hours away, you’ve also collected a huge chunk of money and hearts and doubling it will help you a lot. So take advantage of this offer and double your income!

In the end, no matter how competitive you are, you should understand that this game’s main goal is that of being a relaxing romp. It does this successfully and you shouldn’t worry too much about the overall performance in the game, but its relaxing appeal.

In other words, just sit back and enjoy the game – log in as often as possible in order to collect those rewards and keep going. You will keep doing better by simply playing more.

These would be, for now, our Penguin’s Isle guide. If you have other tips or tricks to share with fellow players, don’t hesitate to let us know.