Home Game Guides Panzer League: PvP Guide: How to Win All Your Matches 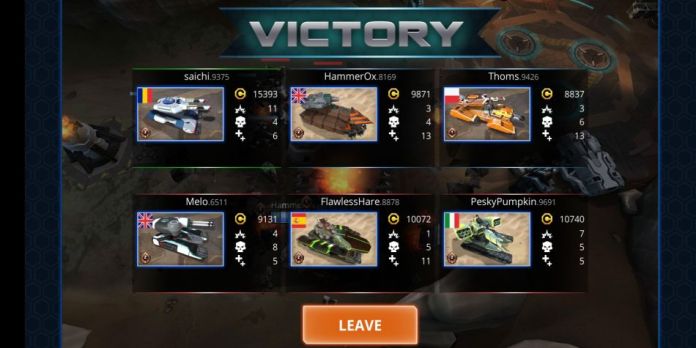 In Panzer League you can choose to battle bots or other players in PvP matches. In this article, I’ve got the ultimate Panzer League PvP guide on how to win all your matches.

Since you’re here, I’m sure you already know the basics. But how well do you know them? Since this guide will cover everything, I’ll start with the very beginning:

The objective of the game

This game’s objective, is relatively simple on paper: destroy Creeps, destroy Towers, conquer the enemy Reactor. As I said, this sounds simple, but sometimes it’s not. You’ll have to deal with enemy players who are looking to do the same thing as you, so you need to fight them in order to advance on the map. 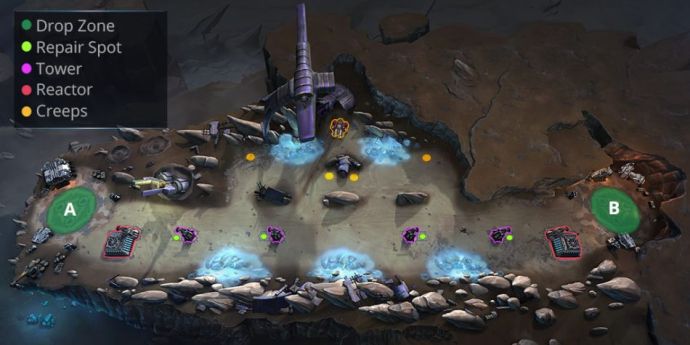 On top of those there is an area with neutral monsters, each spawning area marked with yellow.  The big creep you see here is the strongest one, which gives out extra stuff and you’ll need to side with your team to kill it fast. Since these monsters are neutral, each of the teams can kill them and get the gold, so this area could potentially be dangerous.

The neutral creeps have a longer respawn time than the lane creeps, so keep an eye out for them whenever they are available.

Advancing through the map

When you want to advance through the map, you’ll need to destroy the enemy turrets. Before doing so, take into account your priorities:

– First, clear the enemy creep waves. This will help your creep wave advance and damaging the towers.

– Don’t take on a tower by yourself. They do damage, and even if you have a tank it could potentially get destroyed in the process from too much tower damage.

– Secondly, if there are enemy players next to the turret, manually target the turret if you have a creep wave pushing with you. Since the game automatically targets the players (which is definitely useful), here you want to focus on the objective.

– Don’t worry if you die in the process, as long as your team is there to finish what you started. If the tower goes down, you’ll have plenty of time to get back up after the death timer expires so you won’t miss out on anything.

– Finally, if you made it all the way to the Reactor, good job! You can kite it and attack it by walking around it, if there are enemy players nearby, to make it harder for them to destroy you (and you can potentially finish the game in the meantime).

PvPing is always fun, unless you’re outnumbered and losing (am I right?). For that, this PvP guide to help you win all your matches will come in handy! The first thing you need to consider, is the gold difference. You need to farm in order to improve your tanks, so you need to kill creeps (neutral or in lane) and add certain augments to your tanks. 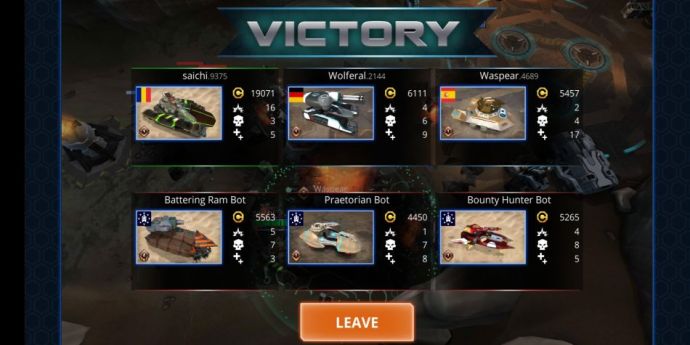 When you feel that you are ready to take on the enemy, go face them! You should always engage if you think you will win the fight, but you shouldn’t engage under tower.

In order to take your enemy by surprise, you could hide in the areas glowing blue, and sneak up on them. If they are low on health, and they do a bad move heading back into battle while you’re in the bush, go finish them off and teach them a lesson!

If an enemy tank is low on health and they run to their tower, you could definitely chase them down if you think you can make it out of there alive.

Tanks are fun, so when you want to fight you’re given a lot of possibilities.

First, you could engage head-on into the battlefield, but this could also mean you’ll be the first one to die (sad story).

Second, you could wait for your team mates to engage, so you stay at the back and damage the enemy whenever you see an opportunity. This is called kiting and it’s the best option in my opinion. It keeps you safe and it offers you the possibility to engage if your teammates’ life is low and they need some backup.

Don’t try to fight through creep waves if you don’t have your own creep wave nearby. Harmless as they seem, their damage adds up, and if an enemy tank approaches, it could land the finishing blow and it won’t be very cool.

You should assume there are people who know how to play, and people who don’t. So, if you let your guard down for every mistake your enemy does, it could lead to a devastating ending of your game, with you losing.

These are like skill orders for your tank, so when you are in a battle you can upgrade them quickly.

For the damage dealers, I suggest you focus on damage, attack speed and hull repair. 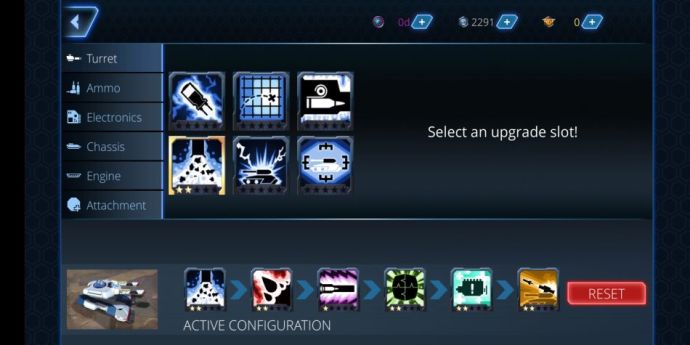 My favorite setup for this is: 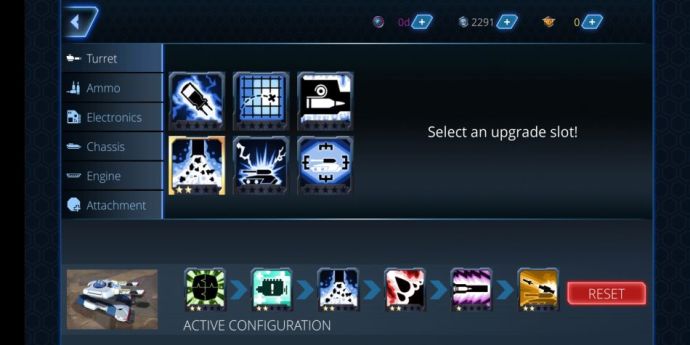 The setup for this is:

For the supports, I recommend these: hull points, energy recharge, energy points. 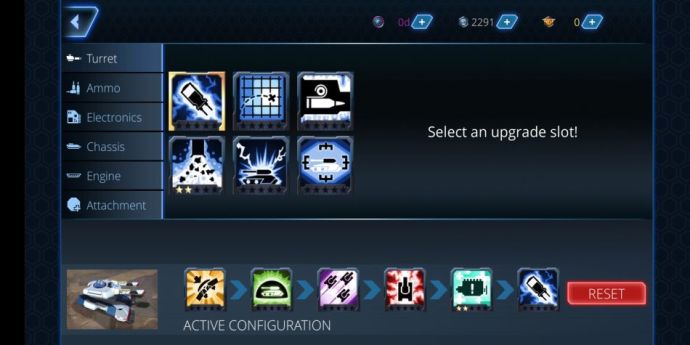 A support setup I consider good:

This concludes today’s Panzer League PvP guide on how to win all your matches. We hope you find it useful and that it will help you climb your way up to the top! If you want to check our other articles about Panzer League, make sure to look at how to unlock all the tanks or our game tips and tricks.

Panzer League: PvP Guide: How to Win All Your Matches