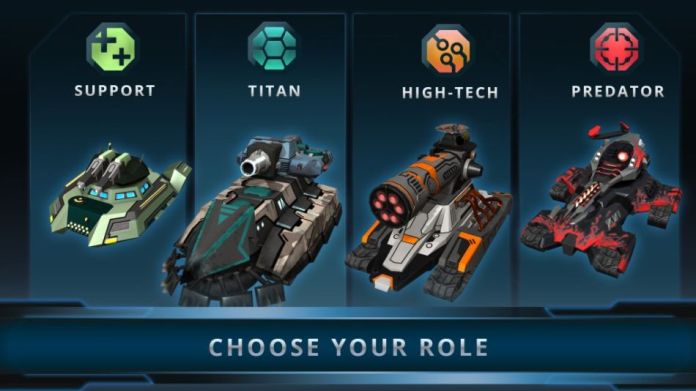 Panzer League is a MOBA where the main objective is to take the enemy reactor. Here, we will discuss the best Panzer League cheats and tips to make you the best tank in the whole wide world, and to win as many games as you can!

Since you have two ways of playing the game, PvP and PvE (playing versus AI bots), this guide will mainly focus on the PvP ones, which of course could be used in PvE as well. So, without further ado, let’s get into the tips and tricks!

When you play the game, you should remember to log in every day for some great loot. This loot gets better by the day, for 30 days (or 30 logins)! On the 30th day, you will get something greater than all previous days, and it is repeatable! So even if you don’t want to play the game, but want these goodies, just log in to claim them daily and you’re good.

Every game is more fun when you play with a friend! If you have some friends who are into MOBAs, invite them to play with you! The matches are 3v3 so you’ll only need two more friends.

Of course, if you’ve played a game where you really liked somebody’s playstyle, you can add them to your friends list and queue together for the next match.

Support, bruiser or titan, whichever is your style of choice, your tanks can look unique! You can have a blue Berserker, a Firestarter with some cool flame stickers or an iridescent pink Nano! My favorite of them all is the green, red and black Behemoth! These designs can be unlocked either by leveling up, or by buying them in game. 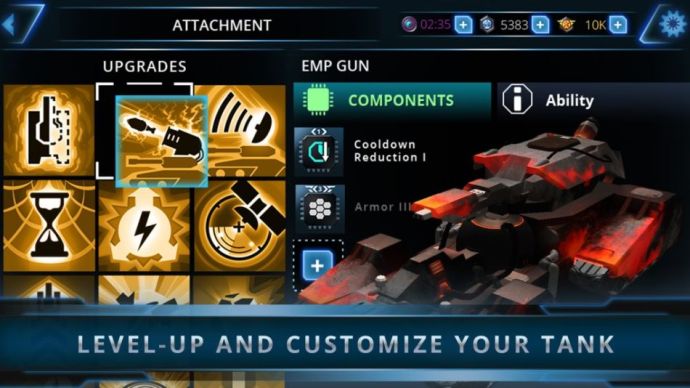 For gathering Battle Points, you could go play games to complete missions. This also counts towards achieving the daily missions goal, which unlocks three cool rewards to boost up your tanks. The daily missions count towards the weekly activity, where you get some even cooler rewards, but also Premium Membership (for only a day, unfortunately, but it’s still very good).

Aim for the objective!

The objective of the game is destroying the enemy reactor, so try to play around that! Of course, battling the enemy constantly is more fun (gotta admit, I do that more than necessary too) but if you ultimately want to win the game, you should focus on objectives. They are as follow: Outer Turret, Inner Turret and Reactor. 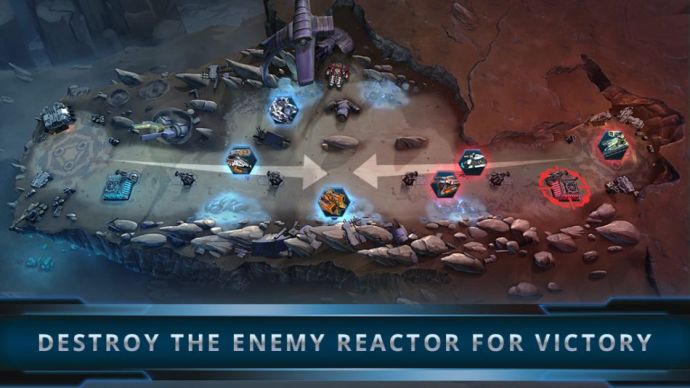 When you feel up for the challenge, and your team does so as well, you could also aim for the creep boss. It is the strongest creep in game, so it’s not that easy to take on by yourself, so don’t try to go Rambo on it (even if you’re a Panzer)!

If you’re  feeling up for the challenge, go PvP in ranked matches! This will unlock some extra rewards when the season ends, and if you make it all the way to the top, even better! I personally like this feature a lot because I’m quite competitive, so I take great joy from winning ranked battles. If you do so as well, try it! It’s well worth it and it’s also fun.

If you’re curious to see what each tank’s story is, go check out their lore. You’ll learn how they came to be and what makes them so unique. For example, you can learn why Chronos can manipulate time, or why there even exists a tank that has acid as weapon (gross).

When you’ve decided what tanks you like, focus on playing mainly these ones because you can upgrade them and augment them into becoming REALLY powerful. To do so, click on a tank and go to “Combat Setup”. Here, read all the upgrade possibilities and choose the ones you like, to make your tank unique to your style and needs. 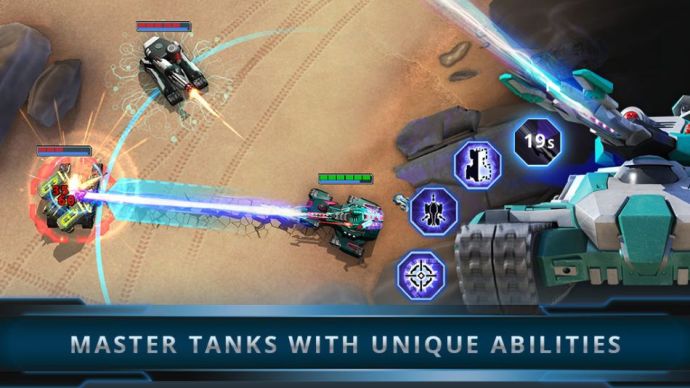 You can also equip a Drone, which offers you some extra stats. It’s quite useful, so when you reach the level to be able to equip it, do so immediately! Even if you won’t think it’s much help at the beginning, as you progress through the game and your stats start adding up, you’ll see yourself going 1v3 and winning (for real).

Here’s some extra tips for when you want to leave your enemies in awe and make them wonder how you killed them:

– Kite! Kiting the enemies is a very good tactic for when you want to do damage, but take none back.

– Run around them as you do damage, to make them chase you all the way under your tower, thus having the tower hit them too!

– Strategically use the bushes to your advantage. They make you invisible to the enemy (unless they enter them) and so you’ll be able to damage them wihout being seen.

– Try to avoid fighting 1v3 unless you’re sure of your abilities.

– When the creeps spawn, kill them for some extra gold to be the first one to fully augment your tank.

– The creeps in the lane deal quite some damage too, so don’t go tanking them unless your creep wave is there.

– Build attack speed! Don’t always focus on damage. Of course, damage is good, but consider this: you do one attack every second, while your enemy does 3 attacks every second. Who wins? I guess you got the point.

You should also check our guide on how to unlock all the tanks in case you haven’t done that yet!

These conclude our Panzer League tips and tricks, we hope they help you in your future battles, and if you have any suggestions for your fellow players drop them in the comments below!

Panzer League Cheats: Tips & Guide to Being the Top Tank