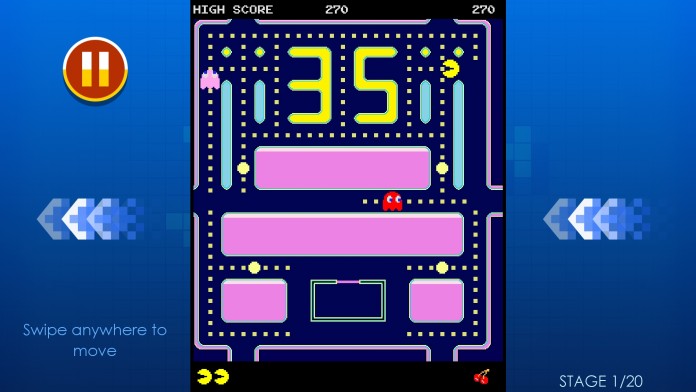 The new update has been released to celebrate the game’s 35th anniversary and includes a brand new interface and several stages. Also included in the update is a brand new multiplayer mode which allows to players to play together. Both the free and premium versions of the game have been updated with the same content.

The iOS version of Pac-Man is a faithful adaptation of the original arcade game. Playing the game with touch controls might feel a bit weird for those who have had the chance to play the original arcade release but the game manages to work just as nicely with these different controls.The mobile version of the game also comes with plenty of new features that set it apart from the original release such as 8 new mazes, in addition to the new stages introduced by the 35th anniversary update, three fame difficulties, two different control modes and more.

Pac-Man is now available for download on the App Store.