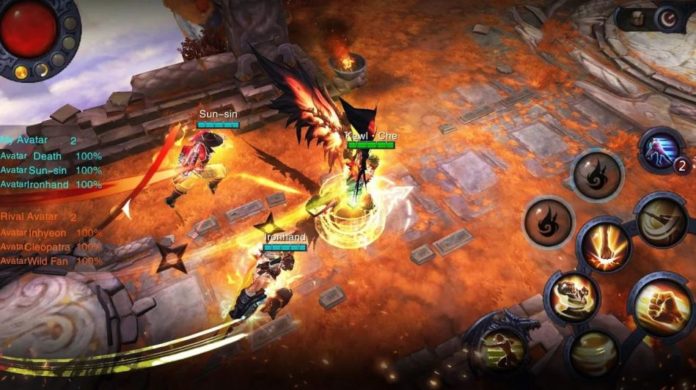 The Overlords of Oblivion tips and cheats we are going to share with you in today’s article will help guide you through everything that you need to know about the game and where to get started.

It’s all fun and games at the beginning, but as you progress through the levels it gets harder and harder. But do not worry, because we’ve got you covered! Follow out Overlords of Oblivion tips and tricks right here below to know exactly what to do in every situation you might face in the game!

So let’s not waste another second and dive right into the guide! 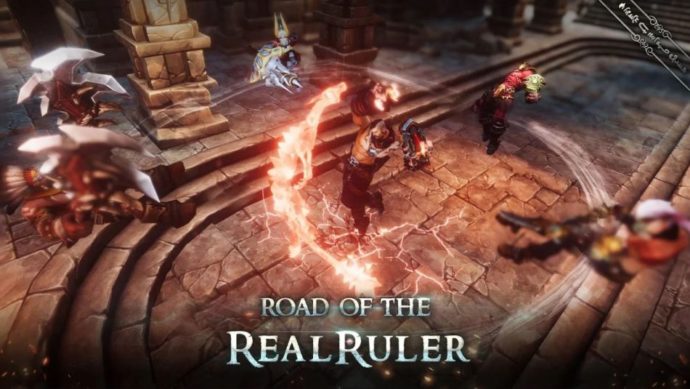 Pick a class that best fits your play style

There are several classes for you to choose from when you start the game, so you can easily try them all out to see which one you like most. They vary from close-range combat to big range, so depends really on how you like to approach the game.

If you like being part of the action and in the middle of the enemy group, then go for a Berserker, but if you feel safer from afar, then the Gun-lancer is for you. Either way, you can’t go wrong because they are all strong (and they have Avatars too, so even more options!).

– Bladedancer: Is kind of a middle-ranged class, wielding some super strong weapons and flawlessly gliding in the battle. It’s my favorite class, because you can play it quite safe given its range, but also go berserk in the middle of an enemy squad.

– Monk: The Monk is a fierce looking tiger-man who is one of the strongest combatants in the game. If you like amazing kung-fu masters (well, not only), then this is the class for you.

– Gun-lancer: The ranger of the group, they have some unique-looking weapons that allows them to snipe the enemies from afar. Their defense is quite low, given that they are not supposed to get to close-combat, but they make up for it in damage.

– Berserker: Berserkers are slow but deadly killing machines. They are kinda tanky by default, so any added damage to their kit will only make them more deadly for the opponents. Their close-range combat makes them a little slow in what regards the clearing speed, but they are good nonetheless. 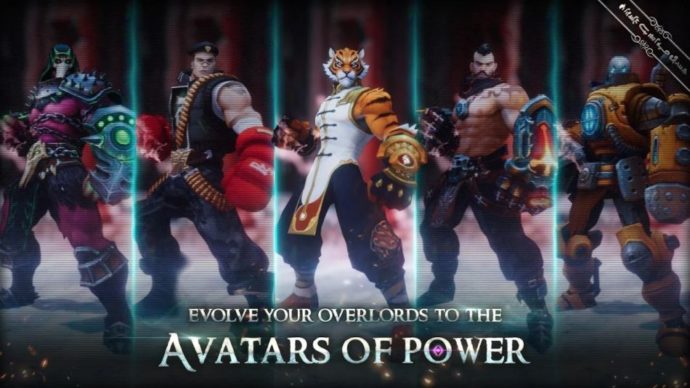 If you don’t plan on using the Auto-battle mode (more about this below) I suggest using your skills carefully. Beforehand, always read the skills description because it will give you a general idea on what they do. Afterwards, head on to a previously cleared stage and try them out to see different skill combinations.

Trying them and finding the best order to use the skills in, will be super helpful when you fight high level bosses, because you will know when to use the right skills to debuff them, when to hit and so on. So try out everything beforehand and train hard!

Adventure into the “Adventure Mode”

This game mode is basically your quest line. Here, if you have the patience to read the stories, you can find out more about the lore of the game (not like there is a whole lot of it anyway), but mainly you will have many monster and boss encounters.

Doing these quests will earn you lots of goodies, from experience to equipment and runes to name a few. It is best if you complete these stages with 3 star ratings, because that will earn you more and better rewards.

I suggest keeping your character upgraded at all times, so as your BP is quite high, because the stages get difficult faster than you might realize. It’s best if you do the stages whenever you have AP available, and when you run out just go do the side quests that unlock (and don’t cost AP) until the AP replenishes.

This is a feature that might be very useful in some games, but in Overlords of Oblivion I have to admit it’s not my favorite. It is a little weird, especially when fighting the bosses, because it seems that the AI of it is a little off.

However, if you are busy and don’t really have time to check your phone but still want to play, I suggest turning it on because it’s better than nothing. It will not grant you the 3-star level completion most of the times, but hey, if you don’t mind that, go ahead and turn it on! (just don’t be upset if you die to the bosses) 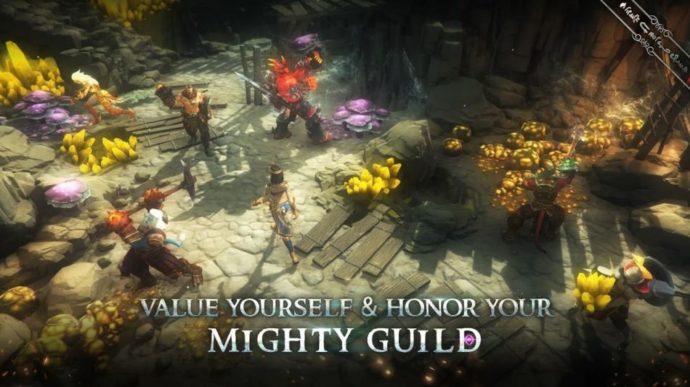 It’s best if you take your time to find a good guild, because this is going to unlock a whole new game for you (well, not really but it does unlock amazing stuff). It is easily one of the best stuff in game at the moment. By finding and joining a good, active guild you are going to unlock new skills called professions.

– Enchanter: This profession is good for creating runes and scrolls.

– Pharmacist: This profession is good for creating potions that restore AP.

– Merchant: This profession is good for getting Silver.

– Hunter: This profession is good for getting experience.

– Gladiator: This profession is good for getting honor.

I personally prefer the Hunter profession because of the XP, but if you play the Adventure Mode a lot, I suggest going for the Pharmacist. The Gladiator, as badass as it sounds, it’s not among my preferred professions, because I simply find the others more useful.

The BP is the most important feature if you want to be able to go through the stages with ease, so you must keep in mind that constant upgrades to your skills and avatars are mandatory. Whenever possible, level up your skills because it is going to make a big difference in your BP.

The skills will be upgradable with each level you pass, so make sure you allocate these points ASAP. I suggest upgrading them all equally, but if you don’t want to, it’s better if you carefully read the description of each skill to know which ones to upgrade first (the ones you use most frequently).

You should not forget about your Avatars either. You should upgrade them and keep them up to date whenever it is available because this will count towards your BP as well. (more about Avatars below) 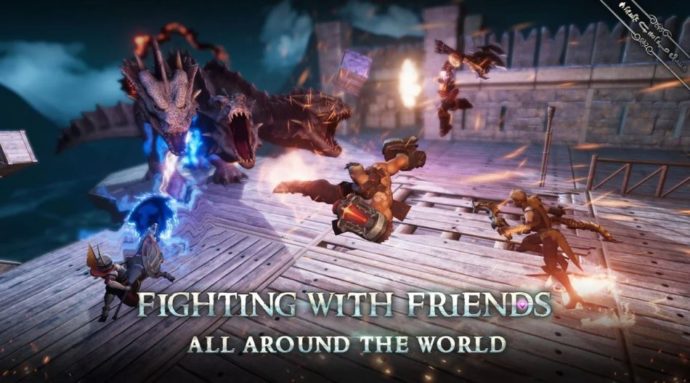 Try out all the Avatars

These things called Avatars act as both fashion items and give extra skills. They can be unlocked throughout the game, and you should definitely try them all out to see which ones you like most and which ones synergize best with the mode that you want to play.

I suggest trying them out in the lower stages of Adventure Mode, and once you’ve mastered what each and every one of them does in particular you should choose the one you like most to play.

To unlock Avatars, you’re going to need their essences. There are several ways for you to obtain the essences, and you can check them all below:

– Special events throughout the game

Increase your Battle Rating at all times

I kept mentioning this, but it is the one thing you need to always keep track of. If you feel like your character has fallen behind just a little bit, it’s time for upgrades. You shouldn’t wait until the very last moment when you cannot pass a stage to start making upgrades, because it will be more difficult.

BR can be upgraded by doing several things, from refining your equipment (which if you haven’t done so yet, what are you waiting for?), upgrading your skills, runes and Avatars and equipping pets and wings. Those two will come at a later stage, but you should not wait until then to get decent gears. 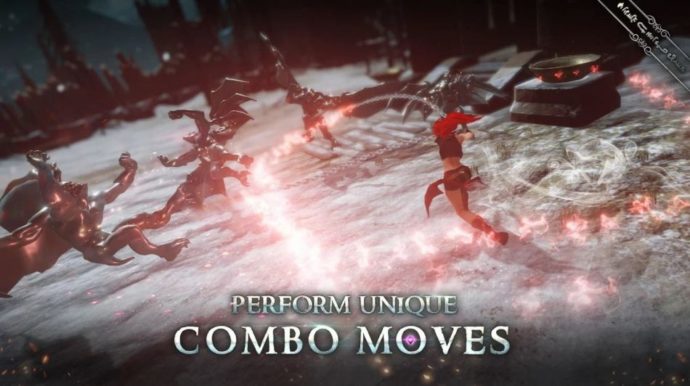 Position yourself well in battles

The red carpets are the zones of avoidance. You should never stay into those areas, because these are the markers of where the boss’ attack will land. Since the bosses do massive damage, it’s recommended to avoid their skills at all costs and position yourself outside of the red-marked areas.

In order to complete the stages with 3 stars this is going to make a big difference, especially at later stages. So work on your positioning and don’t be a sitting duck eating chunk after chunk of the enemy skills.

The daily login is great because it gives you amazing rewards for simply logging in to the game. Here you should also remember to draw relics daily, since that can only be done once a day.

My suggestion is that, even if you don’t plan on playing that particular day, just log in for the free relic draw (and free daily rewards) because once you log in to play you’re going to thank the past you for doing so.

These are the pets that you can acquire in the game. They will aid you in battle with a new array of skills, and will greatly increase your BR. It’s best if you choose a pet that will go well with your character’s kit because that is going to make a world of difference.

These are all the Overlords of Oblivion tips and tricks we have for you guys right now, but if you know some other cool things that we haven’t mentioned here, leave a comment down below and share your knowledge with everybody! 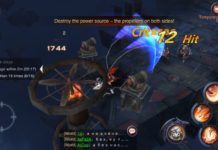 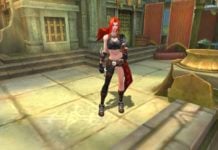 Overlords of Oblivion: Best Avatar for the Bladedancer 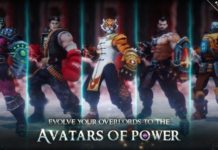