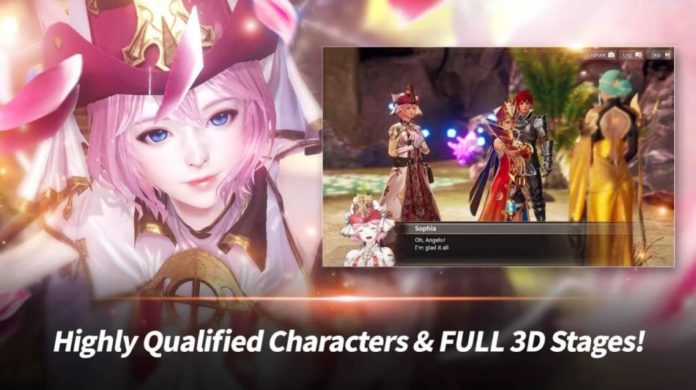 In today’s article we are going to share with you all of our Overhit tips and cheats to help you all throughout the game with everything you might need, and to help you set up a powerful team to pass all the in game stages!

This is yet another amazing game from Nexon, which I couldn’t help but get addicted to because it’s my type of game! With amazing graphics, a pretty interesting story line and, of course, a gacha system, the game has definitely won me over! If it did the same to you, then you might want to follow a few suggestions that we have about the game, to help you get better!

So, are you ready to learn all of our Overhit tips and tricks? Then let’s not waste another second and dive right into it!

Progress through the stages to unlock the Gacha

The Gacha system will unlock after passing stage 1-4 and that is where you are first headed. This will allow you to assemble a better team (if you are lucky enough to get some super powerful ones), and to aim for getting some better heroes overall.

The hero Gacha will let you summon new heroes to add to your team in exchange for some currency items! This is great because in the long run, this is what you will be looking to do in order to get some very good heroes, SR and SSR rarity.

Well, to be honest it’s not just a matter of liking or not, but more, a matter of the said hero being good or not. If you like the characters you get, you can keep them without having to reroll, but if you get only trash heroes then you will have a hard time progressing through the campaign mode.

This is where the rerolling comes into play. It will let you re-try your hero summoning in hope of better ones! To do this, all you have to do is play as a Guest at start, and start summoning! (assuming that you followed what we previously said, and played up to stage 1-4 to unlock Gacha)

After that, open your mail and collect all the rewards you got there! You will have received plenty rewards, so you can go and make a few more summons! After doing this, if you haven’t received anything worth keeping, head on to Settings -> Info -> Delete Account.

This will let you reset your account, and you can then start all over again, with new rewards and new summon chances. You can take a look at our Overhit rerolling guide for an in-depth guide on how to reroll your characters and learn which are the ones worth keeping!

This means that once you managed to get the good heroes that you wanted, you can now head on to the assembly line! You will have to put them together in a team and send them on to the battlefield.

Each team that you assemble will have a Leader (in the slot on the left side), and members. The Leader will give the rest of the team a buff, which can boost their attack or defense.

You can have multiple teams (as many as there are slots on the left column), and depending on who you are fighting, pick the one that you think will do the best.

If you don’t really have any powerful heroes just yet, you can also choose to put in the slot on the right side a friend’s hero! If you don’t have any friends yet, no worries! On the right side you will see a scroll-able menu (called “Friends List”) where you can pick from!

I suggest always having a tank on your team, and always place them on the first row to mitigate most of the damage your team will take. Then on the third line always put your squishiest heroes, such as the damage dealers and healers. These are the ones that need to stay alive the most (and keep the others alive too, in the healers’ case).

Level up your most used characters

All of the characters are capped at level 40 at the beginning, before you make any upgrades whatsoever. You can use other characters to level up your main ones quickly, or you can gain exp by using them actively in battles.

The fastest way which you should do is definitely by using other trash characters to level up your mains, because they will upgrade quite a lot that way. It will also cost Arn (gold), so make sure you only use this for your mains.

Always make sure you upgrade them to 40 ASAP, because you will see a huge difference when you go do the Campaign mode. After you level them up to max, then you can start upgrading their level cap.

This can be done like this: Open the Menu -> Hero -> Raise Level Cap! You will need to have multiples of the same hero, which means that in order to increase Ash’s level from 40 to 45 (for example), you will need to get a second Ash.

If you are having limited numbers of trash heroes, I suggest upgrading the rest of the team too, to make sure the whole team is somewhat balanced and not one hero level 38 and the other 4 level 8. Try to keep it equal overall!

The grade of a hero symbolizes how powerful that hero is. They all start at rank D, which is the lowest. You can upgrade their grade by using the hero’s type element catalyst, along with Arn (gold).

Always save these to upgrade the heroes you will use 100%, and not the ones you will “maybe” use, because the catalysts are pretty difficult to obtain, so make sure you save them until you are certain you will use the hero.

You can obtain catalysts by heading to the Lobby -> Special -> Terra Shift -> Mystic’s Warehouse. Here you will have limited entries, so make sure you do them every time you have them available, even if you can only do up to Elite level! It’s still good!

Gear up your heroes

To the heroes that you use, I suggest that you use always the best gears that you got. You can pick up gears from the Campaign or by going to the Lobby -> Special -> Terra Shift -> Warrior’s Armory.

Always equip any type of gear that you pick, even if they are 1 star because you can swap them out for better ones at a later time, after you obtain better ones.

You can unlock abilities for the heroes by heading on to the Menu -> Hero and there you can select your most used hero (or heroes). There, you will see in the bottom right corner a tab named “Abilities”. There, you can use Essence to acquire new stats.

There are a total of 42 nodes that you can unlock eventually, but I suggest that you take it one step at a time. The Essence can be obtained from Exploration and retiring heroes, so make sure you keep doing your quests to collect tons of them, because as you can see, there is quite a lot of nodes to activate.

The more nodes you unlock for a hero, the more they start to increase in costs, so make sure you choose a good path before you start making upgrades because it will be pretty expensive to unlock everything!

Claim tons of rewards and take part in the in-game events!

There you can also find daily missions, which you can complete in the “Daily” tab. Simply tap on the “Move” button to head on to the mission and you’re set! As for the Achievements, you can read the requirements and whenever possible, try to complete them if there is a reward that you want in particular.

For example, if you want a ton of Dimension Gems, check out the requirements which give these as rewards.

Now for the in-game events, you can head on to the Menu -> Events and there you can see several in game events. Always check them out and take part in as many as you can, because any rewards you get are good rewards, so your time will not be wasted!

I suggest that you simply open the game to log in daily and claim the log in rewards, because they are really worth it. You will receive summon tickets, and many – many other good stuff, and on the 28th day of simply logging in you will get a SSR Hero Ticket!

I suggest that you log in even if you don’t plan on playing that particular day, because you will thank yourself later when you will start playing again for collecting tons of rewards!

These Guide Missions are some other missions which give you a ton of good rewards. They can be found in the Lobby -> bottom left corner “Guide Missions”. They are super useful, so make sure you go and do them when you don’t have anything else to do!

There are a few types of summons you can do in game, and you can find them all in the Gacha tab (we won’t count the heroes that you get as rewards or missions or so on).

In the Gacha tab you will see the very first tab is called “Premium Gacha” and that’s where you will most likely spend all of your Dimension Gems. You can do one summon for 30 D-Gems, or 10 summons for 300 D-Gems!

You can also summon with Gacha Tickets, which you can get from missions (as rewards), from login bonuses, events and so on. You can also use 1 or 10 tickets to summon more at once, but more often than not you will have just a couple of them at once (if you are like me and don’t save them).

The Ancient Gacha requires World Shards, and that’s something a little more difficult to obtain, and a summon costs 30 World Shards, but you will get guaranteed a SSR hero.

The Gear Gacha will summon gears for your heroes, so if you already have all the best heroes you wanted, then you can start working on getting geared here! One summon costs 20 D-Gems, and 10 summons cost 200 D-Gems!

The Launch Celebration Gacha is a one-time-only summon which will give you one of these SSR heroes guaranteed, for the price of 100 Dimension Gems: Jasper, Reiz, Blossom, Leika, Teze.

If you haven’t done this summon yet, make sure you do it whenever you have 100 Gems! The best heroes you can get from this are Teze, Leika and Blossom I think, but Jasper could work too.

If you made your team right, Auto all the way!

I find that the Auto battle option in Overhit is one of the best Auto battle modes out of all the games I played. It casts the skills well, and it doesn’t go crazy with the skill usage. If you set up your team right, with the tanks in the front and the damage dealers in the back, then you can let the game auto play because you will pass the levels with no issues whatsoever.

Farm stages for the drops

If you have a ton of AP that you don’t really know what to do with it, you can start farming certain stages. There are stages which have certain rewards which you might want in particular, so if you have one, you might like it and you can farm it!

These would be all of our Overhit tips and tricks that we have for you right now! Do you know some other game tips that you would like to share with us? Leave a comment down in the comments section below! 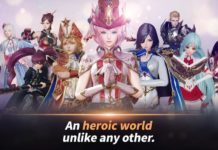 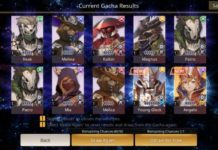