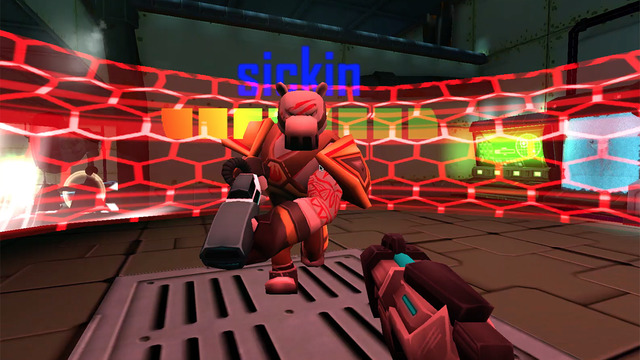 Overclock FPS is a brand-new first-person shooter developed exclusively for iOS. Take control of one of the animal heroes, but don’t let their fluffy looks fool you! These buddies are packing tons of heat! Choose your hero and select from a variety of submachine guns, assault rifles, sniper rifles, shotguns, and more as you blast away live players in competitive team deathmatches. We’ll help you gain the upper hand on your opponents with our Overclock FPS cheats, tips and tricks strategy guide!

Missions are optional objectives that reward you with all sorts of goodies. For the general missions, you’ll usually be rewarded with coins, but for the character specific missions, sometimes you’ll earn some armor pieces. They look like silver tokens. These armor pieces can be used to craft some good gear, so try to get as many as you can!

2. Don’t get caught out in a firefight!

Be sure to always keep your weapons reloaded when you have the chance. If you’re in the middle of a gunfight and you run out of ammo for your primary weapon, switch to your secondary. Do not try to reload in your primary when you’re taking fire! Switching to your secondary is much, much faster. Keep assaulting your opponent and don’t let up!

This game has auto lock on, which means so as long as an opponent is near the center of your crosshair, you’ll remain locked on until they stray too far away. This means that you have to stay mobile as much as you can to avoid taking too much damage. Circle strafe your opponents but don’t strafe in the same direction for too long; try switching it up and go the other direction when they least expect it. Throw in some jumps here and there too. The goal is to make your movement as unpredictable as possible!

There are two loot chests: the regular one and premium one. You can open a regular loot chest for free every day, and the premium chest every two days. These chests contain some awesome gear, so make sure to claim your freebies!

Each character has access to two general types of weapons, and a unique category that has weapons only they can use. For example, Wil’s main two weapons are the SMG and Shotgun, making him best suited for mid-to-short range combat. On the flip side, Astoria’s weapons are Assault Rifles and Sniper Rifles, making her an effective mid-to-long range fighter. Try out all the heroes and see who you like the best!

That’s all for now, but we’ll be back soon with another guide on the heroes in Overclock FPS. Until then, if you have any other tips or tricks to share, leave a comment below! 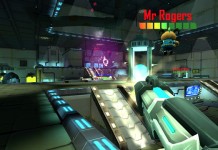