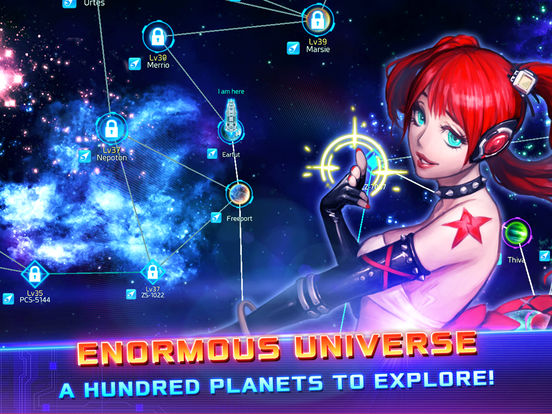 Become a space frigate captain in Over Space! Over Space is a real-time strategy/base management game set in, well, space! Command a space frigate and manage your resources to build up the ultimate fleet. Take on the universe in hectic real-time battles where positioning and strategy is key! Our Over Space cheats and tips will help you take on the dangers of space with confidence!

Over Space is a fun and exciting take on the strategy/base management genre, so we enjoyed our time with it. It’s quite the game so let’s get started with our Over Space cheats, tips and tricks strategy guide!

Over Space, while unique in its own right, follows the same formula as a lot of base management games. For example, you’ll get a ton of resources by simply following the main quests. If you’re ever unsure of what to do next, just tap the GO button next to the recommend quest to get pointed in the right direction. Completing the main quests will ensure that your ship and fleets stay up to date with all of the latest upgrades and the sort. You’ll also receive an amply supply of resources to spend to your heart’s content!

Choose the right ships for the job!

Over Space features a “weapon triangle” system. Ships come in three different types: tanks, speeders, and rangers. Tanks beat speeders, speeders beat rangers, and rangers beat tanks. Before going up against computer opponents, you’ll be able to see what their fleet makeup is like. Try to pick the right ships for the job! This is doubly important for battleships, the massive ships that lead your fleet into battle. If you can trump the opponent’s battleship, you’ll gain a massive advantage!

As a side note, crew members also have one of the three designations attached to them. Try to match the crew member with the correct ship type for better stat boosts.

You should always keep all of your queues busy. Make sure you’re researching something in the Research Labatory as those research projects give you permanent boosts in several aspects. Also make sure that you’re building new ships in case a battle goes south and you lose a lot of them.

Next up is finding more resources. You can set a fleet to mine on a planet for precious resources, and you can also scout out the planet as well. Scouting will find you crew member shards and battleship shards, so it’s crucial to getting the newer ships. Never leave your queues empty – there’s always something that can be worked on!

If you go into your full quest menu, you’ll see your regular quests but you’ll also see a tab called Internal Affairs. This is another list of quests but they are simple timed quests. To do these, all you have to do is start up the quest and wait the listed time – that’s it! After the timer is up, you can collect your rewards. You don’t have to do anything else, and that’s the reason you should always have one of these going when you’re playing the game. It’s pretty much free resources!

Consider the formation of your fleet!

The ship types aren’t the only thing that’s important when heading into battle. Certain ship types are better suited for long-ranged battle, and direct confrontation is bad for them. Be sure to check out your ships’ stats to see which ships should be in the backline and which should charge the enemy head on. Positioning is just as important as which ship types to bring!

That’s all for Over Space. If you have any other tips or tricks to share, let us know in the comments below!