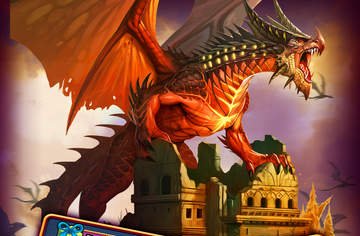 Outcast Odyssey is a purely brilliant game created by Namco Bandai, who prove that you can do a lot with the collectible card game mechanics if you mix them with some dungeon exploration. But we are not here to praise the game (even though it truly deserves it) and instead, we’ll focus on checking out some Outcast Odyssey cheats and tips to help you get the most out of this game. Basically, this article will act like a guide or the ultimate strategy guide, to brag a little.

So let’s not waste any time and let’s check out the Outcast Odyssey cheats and tips below!

Upgrade your hero first
Although eventually you will want all your cards leveled up and causing a ton of damage, I think it’s best to max out your hero first and hopefully go for one shot – one kill attacks that will help you preserve your health and keep on going. So first of all, upgrade your hero card and then get the best weapons you can have and level them up as well. Only after you have a solid hero, you can focus on the pets.

Enhance, then Evolve
I must admit that I didn’t really test this out thoroughly, but it seems that the best option when evolving a card is to Enhance it to the maximum level first, as well as the card you’re using for Evolving. Strangely, the resulting card will have lower stats than the cards used, but you can then Enhance them again and level them up to higher values than the initial ones. Evolving cards that have already been evolved might also be a requirement for better level ups, but I am still testing this and will let you know as soon as I find out how it works, but until then it’s safe to say that it’s best to Enhance, then evolve.

Focus on higher rarity cards
A three star card (or better) will always be better than your one or two star cards. So don’t waste a lot of time, resources and cards on enhancing those low level cards. Indeed, you will need to invest a bit early on to stay competitive, but don’t overdo it. Instead, as soon as you get a three star card, start enhancing it and maxing it out: the better its level, the better its skill bonuses.

Leave Auto Equip Deck on
I wanted to do everything by myslef initially, but I soon realized that it’s way too much for me to handle and instead the Auto Equip does a way better job. It might still fail every here and there as it doesn’t take into account the potential value of a card if it’s not leveled up, so always make sure to check out your deck from time to time and put the high level cards into play.

Use Your Hero for Skill Attacks
Whenever your weapons trigger a skill attack (like Spiral, Bash and so on), it would be the best idea to trigger that attack with your Hero, as it normally does the most damage and therefore you will cause the most pain to your enemy. However, in rare occasions, attacking an area that is not the strong element of your hero might result in less damage, and that’s when you should use your pets. Learn how much damage each does and use that to your own advantage, but the golden rule of thumb is that your hero should be used for these special skill attacks.

Don’t hit weak points more than once
Hitting a weak point of your opponent for the first time guarantees a high hit bonus. However, if you want to hit it again, you will do less and less damage. So get that first time bonus and then focus on other parts for attacking.

Arena battle while filling up health
A nice way to spend some time productively in Outcast Odyssey is to go to the Arena for a battle. You will always play with full health in the Arena and the fights are pretty lengthy, so it makes sense to go there while waiting for your campaign health to go up. So when your health gets very low in the campaign and you still want to play, go to the Arena and battle up to three times – when you get back to the campaign, a lot of health will be regenerated.

Completely finish islands for the Island Reward
If you complete an island (get all the card drops in all areas), then you will get a super item that will help you a lot in your game. I suggest fully completing an island before moving forward, even though this means playing the same levels over and over again. Well, at least they are randomized each time! And to make things easier for you, just attack the monsters that might give you the card(s) you haven’t gotten yet and completely ignore the others.

Otherwise, go for full monster sweeps
You gain the most out of an area if you completely swipe out all the monsters in play. You can get card drops, you get extra XP points and might unlock new goodies. So if you’re not grinding just to get a specific card reward, always destroy all monsters in a level for the maximum gains.

Take the Bounty Quests
And be smart about them! If you log in daily, you will get one Free Bounty ticket to use for a chance to win a super rare card for your deck. You should only go for the three star cards and focus on getting cards in areas that you need improved. Therefore, if you already have a maxed out level 3 Hero, there’s little point in going for another one. Instead, max out your entire deck with level 3 cards first!

Plan your Skill Mastery
There are a trillion (or something close) skills to master in the game and you should have a good plan about what you’re about to do to unlock them, especially because you will never be able to get them all. There are different approaches, so make sure that before investing your Skill Points, you take your time and read all the skill descriptions, then decide upon a plan for mastering them in a fashion that best suits your playing style.

There are a lot of things to do and learn in Outcast Odyssey on iOS, so if you have extra tips and tricks to share with us, let us know by commenting below! 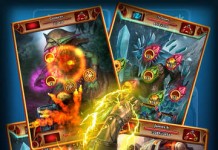