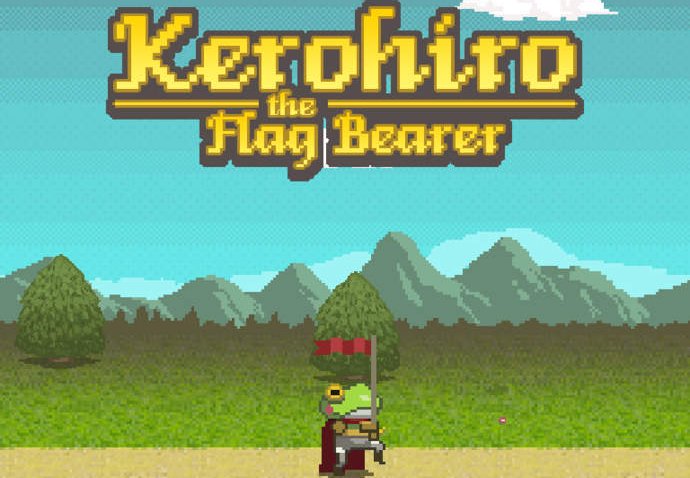 You play as a frog-like creature that has to fight bad guys in the kingdom for fame, fortune and in order to throw them away from the lands. After completing missions, more and more brave heroes will join you and literally follow you in battle. Why do I say that? Well, because your party will end up like a long sausage of hereos, all following the flag bearer and attacking whenever they feel the time is right. Pretty strange and cool at the same time.

It’s true: all you have to do is to just swipe up, down, left or right in order to control the movement of the party and they will do everything else automatically, but there’s something magical and extremely challenging about this. The gameplay itself might sound and look boring from the outside, but once you start playing, you’ll be in for a surprise.

Here’s a short video of me playing Kerohiro the Flag Bearer from the start, give it a look to see if it’s something you’d like to play as well:

I personally say that you should give it a try. The game’s available for free on the App Store and I guarantee it’s a lot of fun.