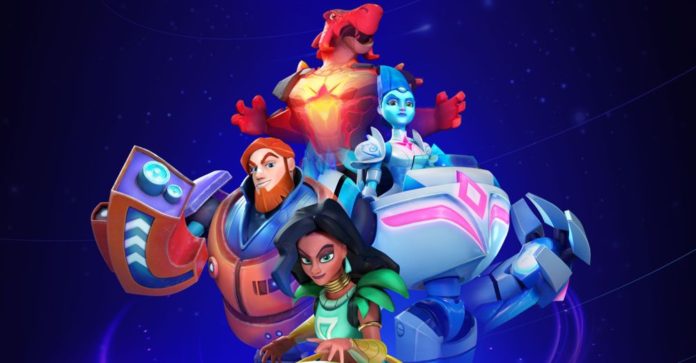 Orbital 1 is a great new strategy game for mobile, one that proves that there’s still room for innovation in the highly saturated niche of Clash Royale-like games. Thanks to its fresh and unique approach to the genre, Orbital 1 is a must play for all gamers of all ages. And if you want to get better at it, we’re here to share some Orbital 1 cheats and tips in a complete strategy guide.

I really wasn’t expecting Etermax – the company behind this game – to deliver such a great strategy title, especially since they’re better known for trivia and word games and not much else. But they took the world by storm with Orbital 1, which has the potential to become the next big hit on mobile thanks to its unique approach to the genre. I personally have a lot of love for this game!

But enough praising! Let’s focus on today’s topic, which is sharing with you some Orbital 1 tips and tricks – all of them available in our guide below.

Keep on working on those couriers!
The couriers are one of the most important elements in the game. They give you new cards and money, so you should always make sure that you’re working on unlocking a courier.

During the day, it’s best to work on unlocking the faster couriers (the 3 hour ones), while those that need a lot more time is best to be left for opening over the night. Remember that you can also speed up the time by watching ads (each reduces 30 minutes) or by paying premium currency. In most cases, this is not worth it.

Level up your starting cards 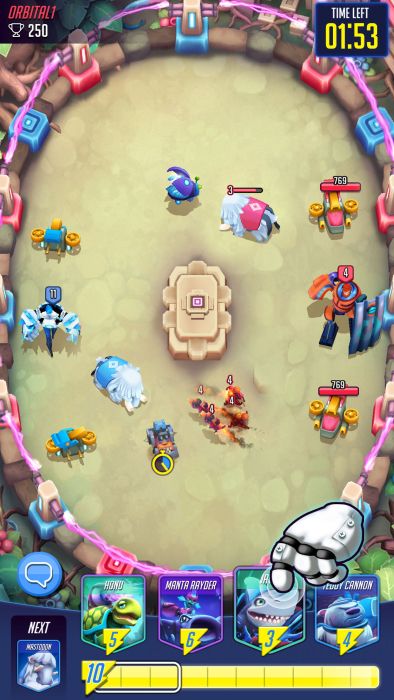 Although there is a nice selection of cards in Orbital 1, you will unlock most of the really good ones after Stadium 5, so you should still work on leveling up your starting cards early on. It really depends on the game on what you get from the couriers, but most of the starting cards are good to be upgraded and leveled up.

I personally stayed away from upgrading cards like Hell Bite, Chaser and Falling Chasers, Ice Splash and laser. Apart from that, build up your deck with the remaining cards and upgrade them as you unlock more. Try to keep the average energy costs low and always bring at least one of these in your deck: a tank (like the Mastodon), an AOE spell (like the Aqua burst), a small horde (like the Headstrongs or, even better, Glowflies) and the rest – support cards.

Complete the quests
The quests are an extremely easy way for you to get additional cards and resources, so focus on getting those completed as soon as possible. They usually are automatically completed by simply playing the game and doing it well, so be active and you’ll earn a ton of cards and goodies from the quests!

Captains don’t matter
It seems like the captain that you choose to take into the battle doesn’t matter at all and they are purely for looks. At the moment, there are no specific cards associated to the captains or specific skills or power-ups. This might change in the future, but until then, don’t waste your gems on unlocking extra captains as it’s not really worth it.

Tips and tricks to win all your battles 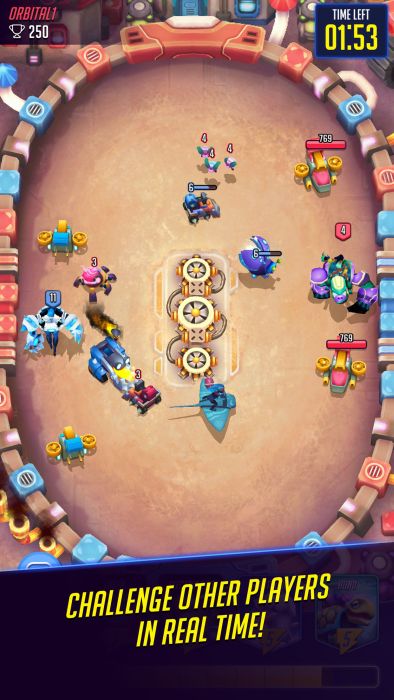 The battles are clearly the most important and most fun part of the game, but winning them is not as easy as it seems at first. Below we have some tips and trick to help you win your Orbital 1 battles easier:

– You will rarely be able to destroy more than one “tower” of the opponent, so focus on taking just one out as this will usually bring you victory, especially if you manage to defend yours. The easiest companion / tower to defeat is the on that goes behind your own, simply because it’s easier for your troops to reach it.

– It’s better to wait for your opponent to make the first move and then keep deploying cards to counter the ones that they send your way. It’s be either combos from their side (which are a bit more difficult to counter like Moastodon/Arachnostorm) or more random match-ups, which are easier to defeat. Either way, it’s best to be patient and wait for their move as you will eventually get the upper hand if you play your cards right.

– Know your cards. It’s extremely important to know their strengths and weaknesses and always have something saved up for a potential counter or a strong attack against your enemy.

– Try to always have more mana for summoning your troops. If you manage to counter your enemy’s attacks using less mana than they do to send the cards in the battle, you can immediately send in a counter that will really put them into trouble.

– Don’t forget that there are two sides to send your troops into battle and two directions for them to head in. If you have fast troops and the opponent is not that good, you can try working on both ends to make them really lose focus, otherwise focus on defending one end and attack on the other, ideally after your opponent has sent troops the other way.

Check out the cards in the store
Don’t forget to check out the store every now and then, as you will get the chance to purchase some cards to upgrade the ones already existing in your deck. Usually, it’s not a great idea to spend your money there, but for a rare or two, it could be worth it – especially since early on the rares are not leveled up and even an extra level over your opponent could make a huge difference.

Take it slow
Don’t rush to get to the highest possible arenas because you will soon become underpowered. Take your time to unlock couriers, build up your deck, level up your cards and move naturally up the ranks.

If you’re doing good and getting solid winning streaks, you should even lose a few battles on purpose in order to lower up your rank and stay in a lower division. If you rush your way through the stadiums, you will eventually end up in one where you won’t have any chance at winning because everybody else took their time to get there.

At the moment of writing this article, it’s Stadium 3 where you should stop and spend a while to build up your deck, as you will find the best balance here between getting good and varied cards and keeping the challenge levels relatively low.

This would be all for now in terms of Orbital 1 tips and tricks. Do you have other strategies to share with fellow players? Maybe additional questions you’d like to have an answer for? Let us know by posting a comment below! 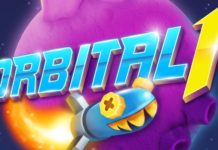