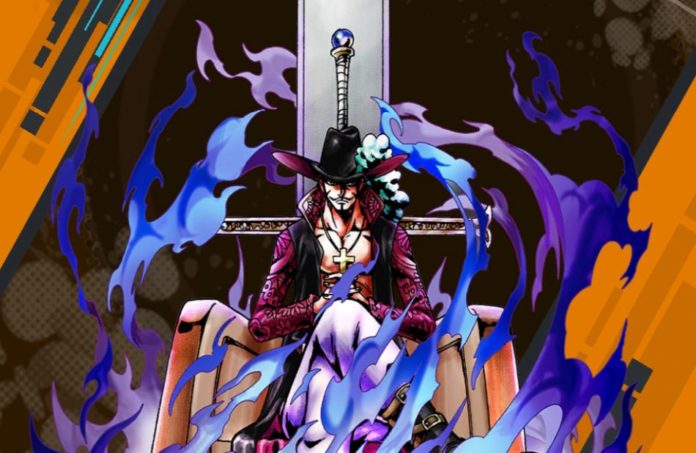 In today’s article about One Piece Bounty Rush & how to unlock more characters we are going to reveal all the possible ways that you can acquire new heroes, but we are also going to detail more about the free heroes and why they might actually be better than you might’ve expected!

So if you’re curious about how to unlock more heroes in One Piece Bounty Rush, then pay close attention to everything that we’re saying here and take that into consideration the next time you log in to the game!

So, without further ado, let’s dive right into the ways to unlock more characters!

Free Ticket Scout when you start the game

The free Ticket Scout (which you receive when you start the game) will be your very first encounter with the summoning system called “scouting” here, which you will get accustomed to very soon (don’t worry about it!).

From this summon, which is free, you will be rewarded 11 characters, out of which 1 will be 4*. Now let’s pray it will be a good one, because that will be your very first high rank char. 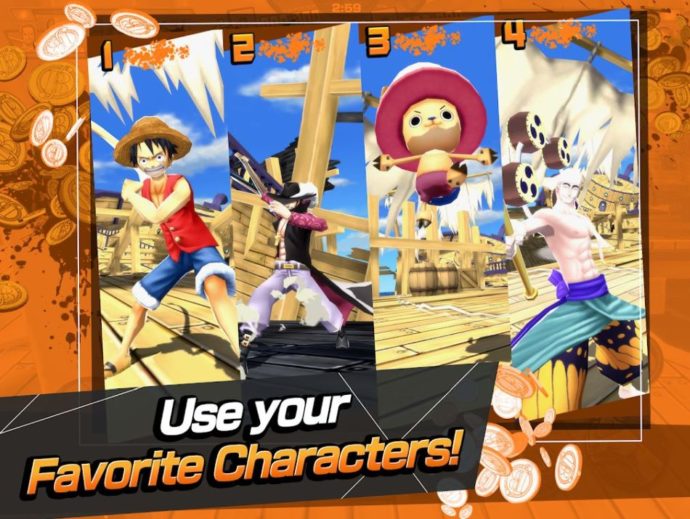 You might be even lucky and get 2 or more of them, so it all depends on your luck! Also, if you aren’t happy with what you received, I suggest resetting the game and starting over. Until you are happy with what you got, you can keep doing this, but if you choose not to, it’s not the end of the world because you can still upgrade the characters fairly easy.

Use Rainbow Diamonds for summons

One of the most common ways to scout more characters is by using the Rainbow Diamonds. These are something like a “premium currency” which you will obtain in various ways throughout the game.

Whenever you have the chance, save up on those Rainbow Diamonds (save 50) as tempting as it might be to use them for individual summons, and use them for the good scout.

You get free characters from fighting

From the Missions menu you will see that after you complete some fights you will be rewarded with some character fragments. If you collect enough of those fragments, you will unlock that certain character. This is a great free and easy way to gather more, but they are usually pretty common to obtain (even from the Scout).

Even if you already have the character, by collecting more and more of their specific fragments you will be able to upgrade them, rank them up, and make them stronger. This is great for characters such as Shanks, who is free and pretty good! 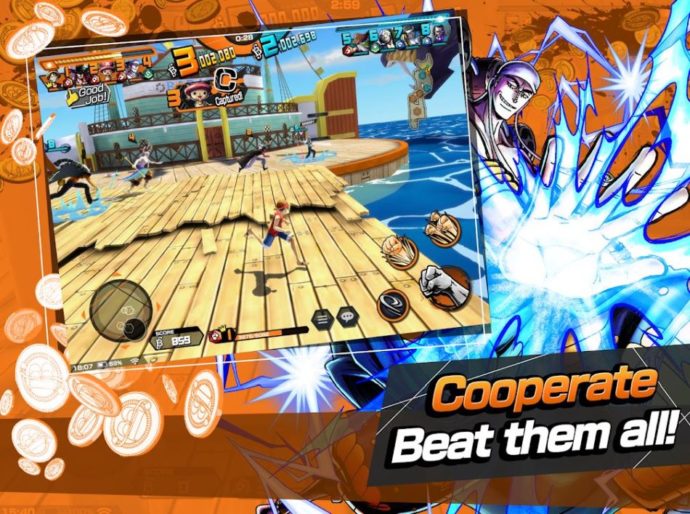 Pay attention to the in game events

There are certain events in the game that will reward you some character fragments, so it’s good to be up to date with the game and check back often, because you never know when luck might strike and you’ll get that much wanted character that you like.

Some other character fragments can be obtained by fighting other players, ranking up and basically kicking ass! From the League Battle rewards you can earn some more heroes, so it’s good to take that into consideration, because it’s free.

By logging in daily you’ll get a couple of character shards (well, more like 50), which are the very easiest the obtain. All you have to do is simply open the game and claim these rewards and even if you don’t play that particular day, you will still get something good out of it!

Now these would be all the ways that you can unlock more heroes in One Piece Bounty Rush, but since we haven’t really detailed on how to acquire those Rainbow Diamonds, we will make your gaming experience more pleasant (and easier) and tell you all the ways to obtain them!

How to get more Rainbow Diamonds in One Piece Bounty Rush

There are several ways to get them, and we will share all of them, both free and paid, so no matter what you choose to do, you can pick the one that you consider best for yourself.

– From the in game events, which you will need to keep an eye on, you can obtain several Rainbow Diamonds (though it might be a one time deal, so spend them wisely, or save them!).

– In the Missions menu you will have a couple of types of missions: Daily, Normal, Skill Orb, Event. The Daily and Normal missions will give you plenty to look out for, so check them out and see what you have to do in order to claim lots of Rainbow Diamonds.

For a fast run you can also select the “Challenge” option next to the mission to quickly jump right into the mission. 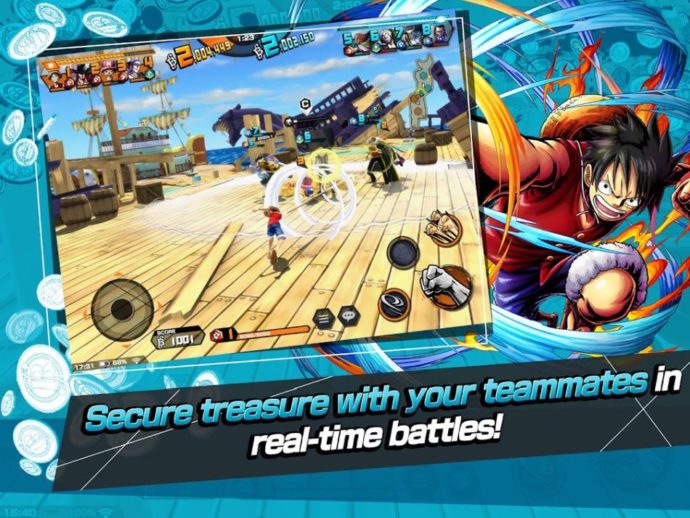 – Log in daily for many good rewards. These daily rewards will include Rainbow Diamonds and many more useful stuff, such as EXP and bounty points, which you will definitely need! So as I mentioned before, even if you don’t really plan on playing that particular day, make sure you log daily to collect the freebies! You won’t regret it.

– Buy the special one-time offers. Although this is a paid option (which is optional, it’s your choice if you want to put a couple of bucks into the game) it is pretty good.

Some of these one time deals are very very useful, as they will give you way more than the pack is worth. These offers are available once per account, and will not disappear until you use them.

– Limited time offers. These offers are limited to a certain period of time and are the most worth ones. These offers may appear usually right after you create an account and start playing, and will last for a couple of days.

Since these offers are time limited, you will not see them again after they disappear, but others might take their place after, so think carefully beforehand. 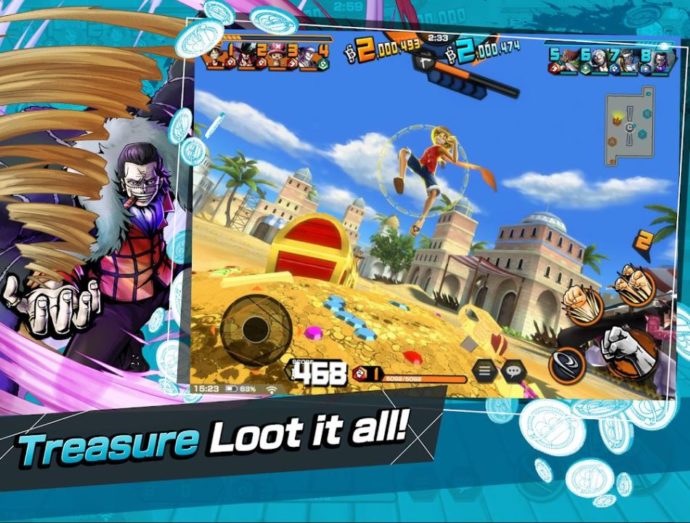 Since there are no ways of watching an advertisement and getting Rainbow Diamonds (like many other games might have as an option) these would be all the ways to get them.

If you want some more tips to help you win more battles, check out our game guide and best heroes to look for, because you might already have the best heroes out there and you might not even know it yet!

This would be all for this article about One Piece Bounty Rush & how to unlock more heroes. If you know some other ways that we haven’t mentioned here, leave them in the comments below so everyone will read them! 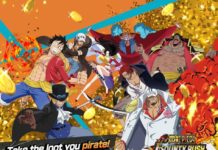 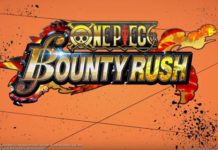 Loot Everything You Can in One Piece Bounty Rush, Soon on Mobile