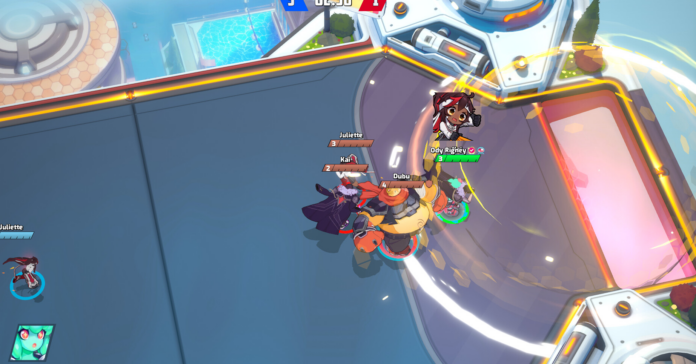 Omega Strikers is an exciting multiplayer game that allows you to participate in some kind of football matches combined with the MOBA genre. So, it means that you will be able to pick one of a few characters and play it in your matches. All of these heroes have their unique sets of skills and if you want to make them stronger you will have to create a decent build. Today we will tell you how to build Kai in Omega Strikers and provide you with the best builds for him.

Who Is Kai in Omega Strikers?

Kai in Omega Strikers is one of the most versatile players that you can choose in this game. He is able to perform different roles starting with an offensive forward and ending with a goalkeeper. So, you may want to know how to build such a character and today we will help you.

How to Build Kai in Omega Strikers

Kai is a very versatile player that can be used for different strategies. So, you will have to adjust your build according to the role you want to take. For this purpose, we suggest a couple of combinations that you can use. Here is an example of a build for Kai in Omega Strikers:

This is a good build if you want to follow an offensive strategy. However, if you wish to turn your Kai into a goalkeeper then we recommend you to swap Extra Special for Built Different.

There are many characters that you can play in this game and we will be glad if our guide will help you to build your Kai. Good luck in your further Omega Strikers matches!