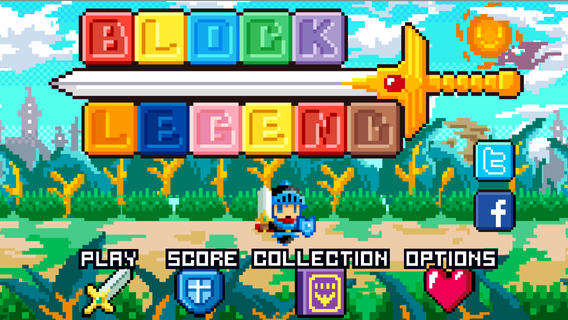 Among the games mixing different genres, the ones that fuse together puzzle games and role playing games are definitely the most interesting. Before the release of these games, no one really thought this combination could work since both genres are completely different. Luckily, it was shown that not only the combination works, but it can also be incredibly engaging.

The game’s based on a matching system that will require gamers to match different blocks to perform various actions in battle. What makes the game stand out is its pace, which is incredibly fast. The whole experience might not be the most original around but it gets the job done and it’s incredibly engaging. The role playing games mechanics obviously add more depth to the game, allowing gamers to improve their characters by obtaining experience points and special blocks, which will be quite helpful when dealing with stronger enemies.

The game’s graphical looks is also really good, making Block Legend feel like a 16 bit game. Considering the overall tone of the game, no other choice would have suited the game as nicely as this one.

Block Legend is now available on the App Store, costing $1.99. The game can be played on both iPhone and iPad.