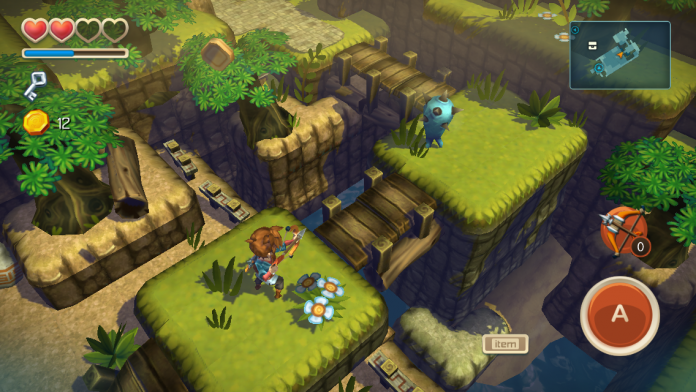 Oceanhorn: Monster Of Uncharted Seas was one of the most anticipated iOS release. Despite having gone through a long development time, gamers haven’t forgotten the game, making it an incredibly successful release once officially launched.

The game’s publisher FDG entertainment has confirmed today that the game has managed to recoup developlment costs in less than a week! This is really a great achievement which shows how even the mobile market is rapidly changing and becoming more successful than ever.

To mark the occasion, the team has released a brand new trailer for the game, which can be seen at the end of this post.

Oceanhorn: Monster Of Uncharted Seas is a top down action adventure game heavily inspired by The Legend Of Zelda series. Despite being a somewhat derivative experience, the game is still incredibly enjoyable thanks to its nice presentation and gameplay experience. Never having played a Zelda game will make you enjoy the game more. Lacking a real game of the Nintendo series series on iOS, Oceanhorn is the only way to experience a similar game on iOS devices.

If you want to know more about the game, you can check out our in depth review of the game. If you’re just starting this nice adventure title, you can read our Tips and Tricks guide to help you understand the game’s basic mechanics and game systems.

Oceanhorn: Monster Of Uncharted Seas is now available for purchase on the App Store.

Oceanhorn Recoups Development Costs In Less Than A Week