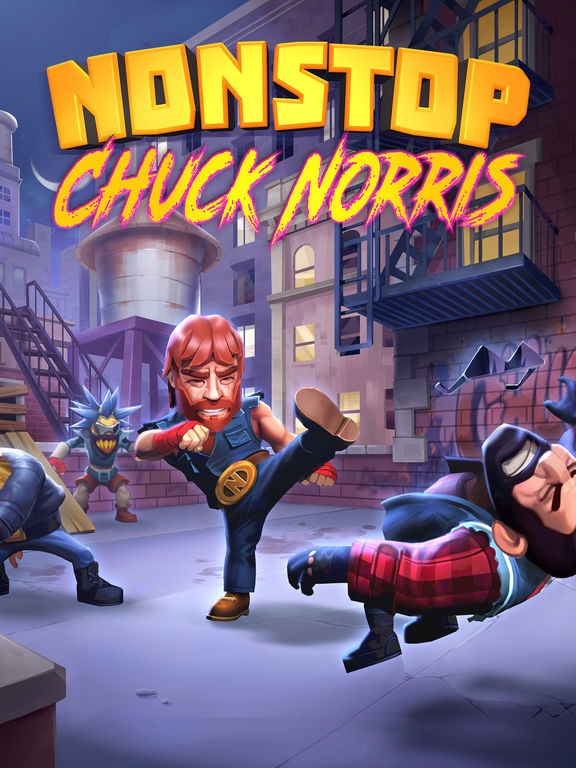 Here’s a fact: Chuck Norris has his own mobile game! Nonstop Chuck Norris is an endless dungeon runner built around the unstoppable force himself. Power through multiple universes taking bad guys down left and right with Chuck’s signature roundhouse kick! Find items in chests and power up Chuck Norris in multiple ways. Learn new moves to keep the advantage over the bad guys and never stop fighting! Let’s get this show on the road with our Nonstop Chuck Norris cheats, tips and tricks strategy guide!

Chuck Norris usually doesn’t need a guide to help him beat down any kind of villain, but he’ll make an exception this time. So here’s our Nonstop Chuck Norris tips and tricks guide!

While raw stats on your gear is important, be sure to consider their bonus effects too! If a piece of gear has at least one rarity star, that means it has a bonus effect on it. If you tap the magnifying glass next to the name, you can see exactly what the effect does. There are things like attack speed boosts, health regeneration boosts, critical hit damage boosts, and so forth. In some cases a weapon that has a lower raw value than another weapon may be better to use because of its bonus effects.

2. Change up your fighting styles!

Each main move that Chuck Norris has at his disposal has “fighting styles”. Each move has four different fighting styles. Fighting styles offer bonus effect in addition to the move’s regular function. Some offer utility, like the Kick’s “Stun” style, which does exactly what it sounds like. Some of them has auxiliary effects, like Thunder’s “Gold” style which creates coins whenever you use it. Keep in mind that you change these on the fly, so don’t worry about committing to a single fighting style. Also worth mentioning is that the game actually pauses when you have the moves list up – this is one of the few instances where the game is paused when you’re going through the menus.

Upon reaching level 5 you’ll unlock Missions. There are three individual missions that will ask you to do things like taking down a certain number of enemies with moves, taking down a certain number of bosses, and so forth. Upon completion of any mission, you’ll receive a rare chest that contains some awesome goodies, including pet upgrade parts. Pets are followers that when completed will grant Chuck a passive bonus to certain stats. These become a great help later in the game when things get tough, so it’s good to start working towards them as soon as possible! Once you complete the full set of missions, you’ll need to wait a couple of hours before you’re assigned new ones.

4. Take heed of the boss warnings!

When it comes time to summon the boss, be sure you take note of the color. The boss button will be red when it’s set to very tough. This means that the boss has higher stats than you and challenging them will almost always result in a defeat. Be sure to upgrade your gear before tackling a boss – you’ll know it’s enough when the button turns green and says easy.

5. Open rifts at the right time!

Before you commit to opening a rift, be sure that it’s worth it. Every boss defeated and legendary item found will earn you tokens. Every 7th boss will increase the token multiplier, and every 10th boss will net you a reward box. Before you open a rift you should at the very least defeat seven bosses to get that token multiplier. It’ll help you a lot during the later parts of the game.

That’s all for Nonstop Chuck Norris! If you have any other tips or tricks to share, let us know in the comments below!