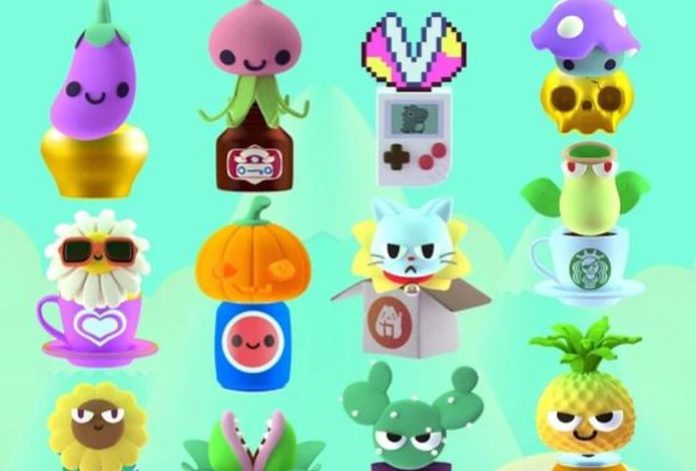 In today’s article we are going to share with you our Nom Plant tips and cheats to help you pass all the stages and collect all the coins and goodies that you can find.

This game is a very relaxing and at the same time strategic game, because you have to think things ahead of time, so that you will know exactly how to move and collect the loot.

In terms of graphics, it is super similar to the carnivorous plant from Mario, especially since it also has the green tubes where it would be spawning from!

Overall, it’s super fun and exciting, and the graphics are just extremely adorable! But enough with the praising – let’s dive right into our Nom Plant tips and tricks to help you pass the stages much easier!

The controls are pretty basic, and really what you need to be focused on is whether you want to go left or right. Take your time and get used to the controls in the very first level, because it’s super easy and you will learn pretty fast (I think – I hope!).

Since all you have to do is go left and right, don’t stress over going up and down, because it’s simply not possible. Also, make sure that you tap and hold, because otherwise you will drop the plant.

Basically, this is how you should go about it: tap and hold to grow, and keep going left and right to avoid the obstacles and collect the loot. If you are in a tough spot, release. This will place the pot exactly where you released it, and you can continue from there.

This works well especially in the stages with the moving floors, because there you will need to release on top of them to stop them.

Kill the ladybugs and other critters

If you don’t think you can land on it, then avoid it altogether because if you are in one of the tougher levels, it’s not worth losing the progress over this alone.

Go get the boosts and loot!

When you’re playing in your levels and you see something doughnut shaped and colored like a rainbow, don’t avoid it! Instead try walking right through it, because it will give you an amazing boost which will let you collect multiple loot around you and increase your score by quite a bit.

Also, whenever you see stuff such as coins and fruit and other sweet treats floating around, try to pick them up because they will increase your score as well. Since you can’t go down and around, you can only pick them the way that you go – so make sure that you position yourself well and try to collect as many as you can in the first go.

It’s better if you make a single, long plant

If you really want to pass the stages with maximum score, you can try to do this – but just as a warning, it can be pretty difficult if you are still just at the beginning!

Try to tap and hold, and not release the plant at all during the stage. You can collect and avoid all kinds of traps and enemies, but try to do this carefully because it is difficult. If you pass the level in a “single plant” (without releasing), while also collecting multiple loot, you will get some of the highest scores possible.

If you don’t like the default Basic carnivorous plant, you can unlock multiple other plants – like 25 of them!

To unlock new plants, all you have to do is pass the levels which give you Beans. You can then plant these Beans and use them to get new flowers! You can get them at various levels, or by watching an ad after some other levels to get them for free!

Another way to unlock new plants is to keep an eye on the game offers which say that you can try out various plants for simply watching an ad! This type of offers work if you want to check out various plants and see their perks. There is one other offer, which might interest the people who are willing to spend a couple bucks on the game:

Check out the paid offers

If you want to spend money on the game however, there are some offers which might interest you: the “King of Plants Subscription” is what it is called, and you can try it out for free for 3 days, but then you will have to pay weekly.

This subscription will give you access to exclusive king plants, free beans, double coins and no ads. If you are truly committed to the game, this could be a good offer. Else, if you are just a f2p player, then we will stick to the free ways.

You can obtain free coins in the game by simply watching an ad! To get them, all you have to do is head on to the “Shop” tab in the main interface and on top there, you will see a little “AD” animation which will give you 50 Coins in exchange for watching an ad.

This offer will also pop up after you finish some levels, so if you want to collect Coins quickly, you can choose to watch an ad (which will take at most 30 seconds) and you will receive 50 Coins.

I suggest that if you are a f2p player and you don’t really mind watching ads, definitely do this because with a lot of Coins you can not only unlock pots, but also resurrect yourself in case you mess up during a tough level (I’ll detail more about this below).

If you died, you can resurrect

Dying in this game basically means that you either got cut off by a moving block (which you should avoid at all costs!), you ran into a little monster ladybug or so, or you ran into a spike. If you haven’t managed to avoid them in time, you can pay 50 Coins to resurrect.

However, this shouldn’t become a habit of yours because you will end up spending a fortune! Better play safe!

There are basically 3 ways that you can unlock more Pots, and you have access to two of them immediately! The Free Pots will give you a free Pot for simply watching an ad! There are 21 Free Pots, so there are 21 ads that you can watch to unlock them.

The Coin Pots cost increasingly more Coins, and if you want to unlock them – you shouldn’t spend a fortune on resurrecting yourself! (as previously mentioned) There are 32 Coin Pots at the moment, varying from 100 Coins (the first Coin Pot is free, by the way!), to 500 Coins.

If you are a collector, I suggest that you start with the Free Pots, because you can access them immediately! All you really need to do is spend about 9-10 minutes watching ads and you will have all of them.

These would be all of our Nom Plant tips and tricks that we have for you right now! Do you know some other useful game tips that you want to share with the rest of us? Leave them down in the comments section below!