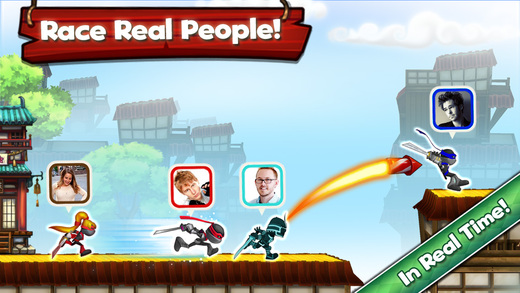 NinJump Dash is a really nice multiplayer racing game now available for download on the App Store. If you’re playing the game and want to learn more about its mechanics as well as check out some interesting tips and tricks for the game, you have come to the right place, as this NinJump Dash will help you understand the game and enjoy it even more than before.

During NinJump Dash, players will have to avoid obstacles in order to keep their speed up and win races. One good way to avoid most obstacles is to plan ahead and be ready to use jumps and double jumps as needed.

Being a free to play game, NinJump Dash comes with currencies that can be used to purchase costumes and extra cards. The game awards players with 25 coins every hour, so it’s a good idea to play the game hourly to receive them. The hourly timer will start running again once the coins are claimed, so make sure to check the game as often as possible.

As stated above, coins in NinJump Dash are used to purchase costumes and cards. Costumes only come with cosmetic changes, so they’re not all that useful if you’re trying to find new ways to improve your performance. Cards, on the other hand, are way more useful, as they can really make a difference during the game. They can also be obtained by increasing your level so make sure to get as many experience points as possible.