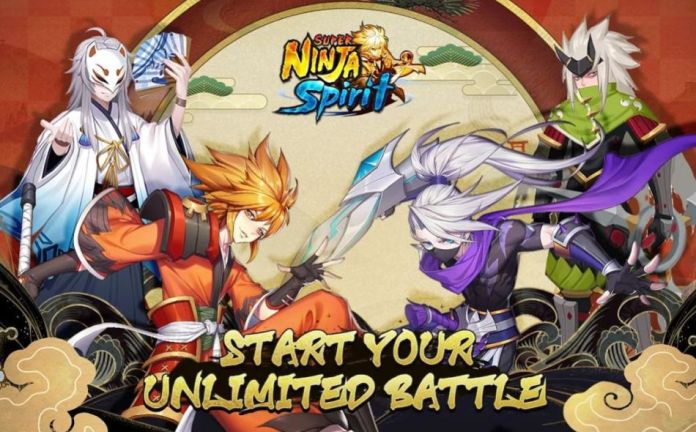 In today’s article we are going to tell you everything you need to know about Ninja Spirit and share all of our Ninja Spirit tips and cheats with you so that you can get more powerful!

I am pretty sure that you like ninjas (and ninja games) as much as I do, so I probably won’t have to go into details on how they attack and fight, because if you’ve watched Naruto, then you know all about it. Also, while this game is not exactly Naruto one hundred percent, it does have some elements that resemble it, so I can assure you it’s going to be fun.

But enough with the introductions now – you’re here for some cool Ninja Spirit tips and tricks, so let’s get right into them, shall we? 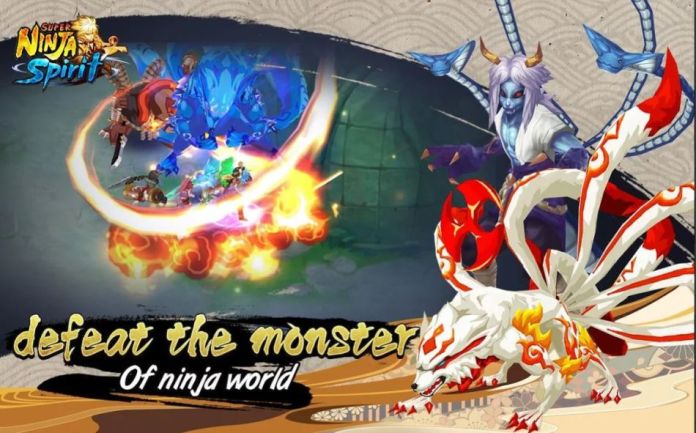 Right when you start off the game you will be able to choose between 3 factions, or rather 3 ninjas (characters). They each have a defining trait, but they are all good, so you can’t really have one as “the best”.

Kirikage – the girl among the three, is specialized in attack and has decent Magic Defense.

Hokage – he is a very balanced character, as he specializes mostly in HP and Attack. While dealing decent damage, it can also take a hit or two, so he is a little tanky as well.

Kumokage – the actual “ninja” of the bunch, he can be swift and nimble, dealing damage to enemies from the shadows.

I went with the Kirikage, as I very much like Attack based characters. She hasn’t disappointed me, so I can safely say that each of the characters has their own ups and downs, but they are balanced. So pick the one you like mostly and start kicking some enemies!

Since the game basically auto plays on its own, you won’t have a whole lot of things to do at the beginning. I suggest that if you want to level up quickly, all you should do is follow what the quest is asking you to.

By following the quest line you will quickly get mounts, pets and gears which are pretty strong and will carry you through the levels in no time. If you want to reach the 100s in a few minutes, then all you have to do is follow where the quest is sending you, and also complete the secondary quests (such as upgrading your gear, etc). 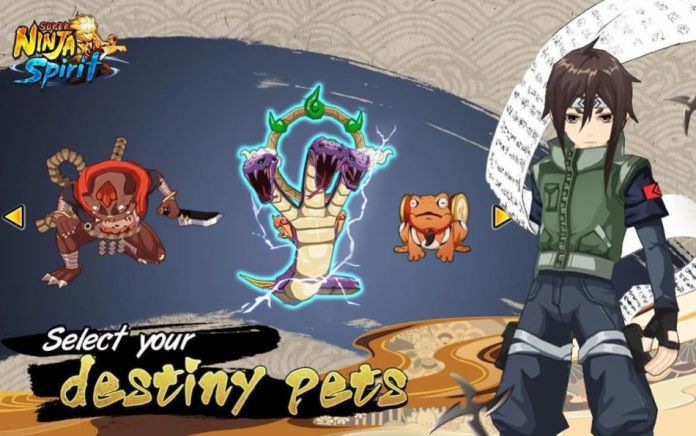 Don’t forget to level up the skills!

Since the game doesn’t make it very obvious, you should not make the same mistake as I did and forget completely about the skills until you are over level 100. You should constantly check down on the bottom left corner of the screen because you’ll see a square menu with will unfold a new menu.

There you can see a “Skill” menu. Open it and you can see your character’s skills. Whenever this option has a red dot on top means that upgrades are available. Always level up your skills and not forget about them, because they will help you especially in the boss fights.

Of course, like many other games, you will have free ways of getting useful goodies, such as pets and more. Some of these free ways are hidden from plain view, so if you are new and don’t really know where to find it, I’ll tell you!

In the main interface, if you look on the top side of the screen you will notice several menus. Open the “Welfare” menu and you will notice new menus appearing. Open the “Treasure Seeking” and start seeking for the best treasures in the game!

You can do this several times per day for free, or if you have some Diamonds which you’re willing to spend, you can do so here. However, I suggest checking back often (every 5 minutes) because the box on the left can be opened several times a day.

The Fortune Cat works the same way, but you will not receive treasures from it, only coins. Always make sure you do your daily free spin, and if you want to spend some extra B Diamonds, feel free to do those as well. 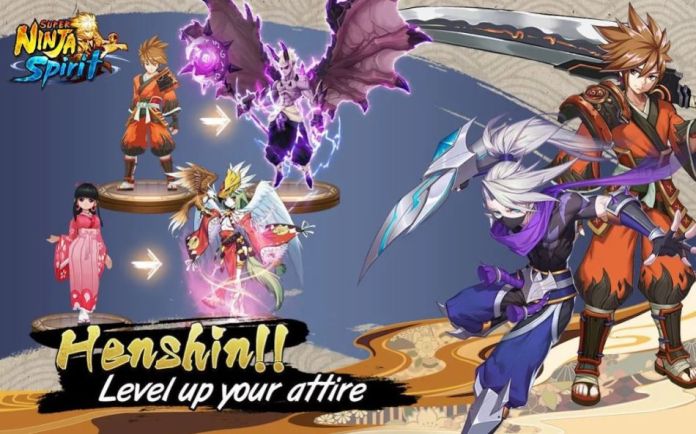 Divinations could be good too!

This is the more “tricky” lottery in the game, as it requires a ton of luck and possibly a ton of investment as well, but it gives pretty good rewards. You will find it in the “Welfare” menu on top of the screen and once you open the “Divination” menu you can perform one for free.

This will require you to pick a card and flip it (from the ones given) and if you are lucky enough you’ll get the jackpot! It also helps if you choose to spend a few B. Diamonds to flip more cards because then your chances will increase greatly!

Unlock bag slots as you level up

Whenever you level up and reach certain level milestones, you will be able to expand your inventory for a bit. Always check out your inventory and tap on the slots which are marked accordingly. They will come in handy more than you think!

Here it could be a little tricky, as it means that you will be  communicating with other players and taking part in events together. I suggest not joining a random guild right when you start, but rather have a little patience and wait for some good guilds to invite you (or apply yourself).

It’s better to wait for a good guild than to spend too much time and resources on a random weak one, because it will prove way more worth it in the end! 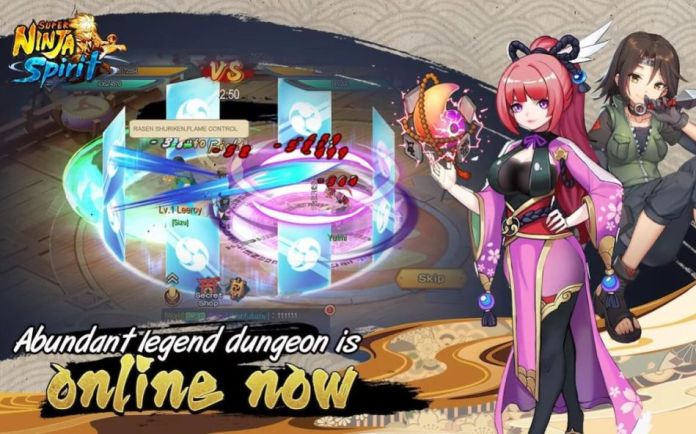 Turn on the Auto and level up without a worry!

This feature makes Ninja Spirit much more enjoyable, because it can complete quests and fight monsters even while you aren’t actively controlling the character. Of course, it can work offline too, so even better!

The only drawback is that it doesn’t dodge the boss attacks (the so called “red carpets”), so if you are about to fight powerful enemies, I suggest doing it by hand instead of by Auto Battling.

Tap on the roses!

If you happen to see a shower of roses and rose petals on your screen, the chances are you have received flowers from a friend! Always notice the bigger roses which are standing still, and tap on them! They will give you roses!

These would be all of our Ninja Spirit tips and tricks that we have for you right now! Do you know some more useful game tips and suggestions? Share them with us down in the comments section below!