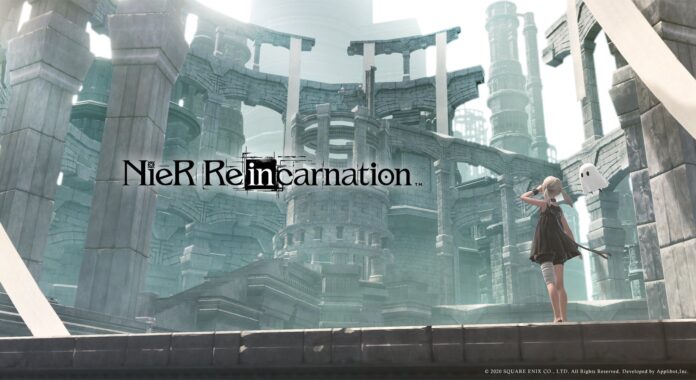 Being part of the NieR series, NieR Reincarnation is set to both confuse and amuse players with amazing gameplay and a weird, emotional story. It will be some time before we will be able to play the game in English, but the Japanese version, which is releasing very soon, will give us a glimpse of what to expect out of the game.

During a recent livestream to celebrate the incoming Japanese release of the game, Square Enix showcased more of the game. In the video below, you can check out the first ten minutes in the game, combat and even a shooter mini-game. Bending gaming genres left and right is Yoko Taro’s trademark, so no fan of the series should be surprised to see this happening in NieR Reincarnation as well.

Even though NieR Reincarnation is still far from release in the West, Square Enix is providing updates on the current state of the English localization. Last week, it has been confirmed that the studio is currently recording English character voices, and that all fixes coming to the Japanese version of the game will be included in the Western release at launch.

NieR Reincarnation launches on iOS and Android globally on a yet to be confirmed date. The game launches tomorrow, February 18, in Japan.