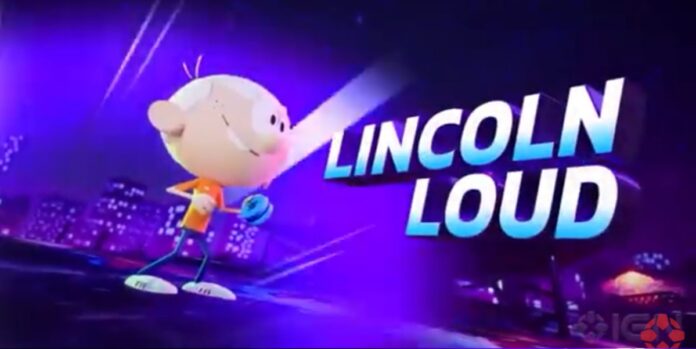 Nickelodeon has brought another favorite character to their new game, which was released October 5th, 2021. Lincoln Loud is here, and he brings his own house with him as his very own stage! Lincoln is the second of the Loud siblings to join the character roster for Nickelodeon’s All-Star Brawl, joining his spooky younger sister, Lucy Loud, in the fun fighting game.

How to Play Lincoln Loud

Lincoln has a versatile fighting style, keeping his enemies guessing what will come next. Lincoln uses his toys as weapons, meaning he has a great range to choose from. The Loud family home is Lincoln’s stage, and it is a pretty large space with a few platforms to move around on—there is even the Loud family minivan to move behind, and a surfboard to bounce off. Lincoln is quick and clever, so he is certainly one to watch!

The first move is Lincoln’s Light Neutral move, Yo-Yo Jab, where Lincoln’s yo-yo toy hits the opponent over and over as you hit the button. His Light Up move is Yo-Yo Swing, which sees him swing his toy upwards, swiping at the enemy. Watch the Dog is the Light Down move, playing on the classic yo-yo trick of a similar name, and has Lincoln hit the opponent and flick them away—great for pushing them off ledges!

Lincoln’s light air attacks also utilize his yo-yo expertise with the Light Neutral Aerial Yo-Yo Jab, Light Up Aerial Yo-Yo Swing, and Light Down attack Yo-Yo Thrown Down. His Light Dash attack is Scooter Ride, where he skids into the enemy with his scooter, dealing damage.

Next up are Lincoln’s strong attacks. These attacks see Lincoln bringing in his harder-hitting toys, such as his baseball bat and space rocket. His Strong Neutral attack is Hey Batter Batter, a simple but hard-hitting attack. His Strong Up is Lift Off, where he jams his space rocket under his opponent, blasting them upwards. Bizarrely, Lincoln’s Strong Down involves the furry trash bandit in Raccoon Ruckus, rushing forward with the creature and dealing damage.

Lincoln’s strong air attacks include scooter stunts with Scooter Spin as a Strong Neutral Air attack, and a disgusting use of the baby’s diaper for his Strong Up Air Stinky Diaper. His Strong Down Air is VR Slash, where he jumps and then strikes downward in his virtual reality gear, complete with saber. Lincoln’s Strong Dash Attack is Radical Slide where he shows his best moves on his BMX bike.

Next up are Lincoln Loud’s Special Attacks where the pre-teen takes his moves to a whole new level. Lincoln gets his water gun out for his Neutral Special, with The Splasher, which not only deals damage but also stuns the opponent for a short while. It can be aimed up, down, or straight ahead, and can be used while jumping through the air. His Special Up move is Ace of Spades, where he flies upward and deals damage in a small area around him. The Special Down move is Spin Top, throwing out a spinning top towards the opponent. The spinning top can bounce off walls, meaning it can hit the enemy from another direction while they aren’t looking!

Finally, Lincoln’s taunt move—brushing the dust from his arm as he is done finishing off his opponent, looking very nonchalant about the whole ordeal.

Let us know below in the comments if you have any special combos you like to use with Lincoln.