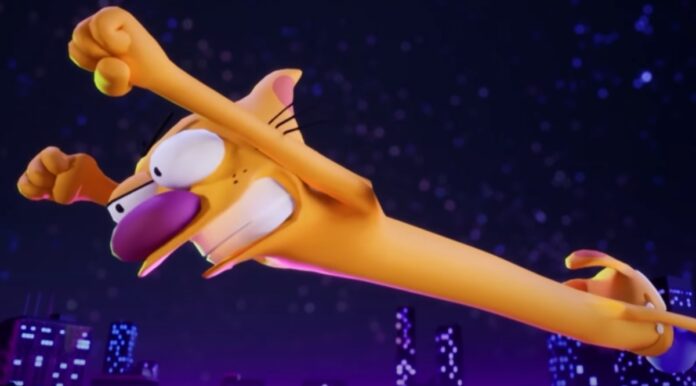 Nickelodeon All Star Brawl is here at last and with it comes a host of your favourite characters. Arriving to your game with Nickelodeon stars Spongebob and Patrick will be the one and only Catdog! Catdog come with their own medium-sized stage- the recognisable House belonging to the inimitable pair. It is an uneven stage with a few platforms, so is bound to be a lot of fun. Find out below how Catdog works along and what their skills and moves are.

How to Play Catdog

Catdog is a medium-heavy character with crazy all-rounder moves, and a hectic style that changes on whether the cat or dog is in control. The character facing forward is the one who is in control but, as the style is so crazy, even you might have trouble keeping track of who is fighting. This pair are best played as a tag team with one throwing the opponent up in the air, or away to the edge, and the other slamming them with a special move. If you want to use Catdog it is best to get to know their moves well so you can use them to the best advantage.

Catdog’s Special Down attack is ‘Tag Team’. Tag Team deals damage to the opponent but also changes which character is in play. Light Neutral is ‘Take This Seriously!’ and sees Catdog fighting with each other… Except the opponent just happens to also get hurt in the process. Light Up is ‘Upper Cut’ and does exactly what you might assume- deals a good jab upward, while Light Down is ‘Headwhip’ where Catdog swipes at the opponent with their bony head. A ‘Stretch’ move is like something straight from the cartoon and forms their Light Neutral attack- this move is great when combined with Headwhip and Upper Cut.

Catdog’s Light Up Air is ‘Twin Spin’ and is excellent for racking up combos, while Light Down Air is ‘Double Dance’, great for surprising enemies as they attempt to recover. Their final Light attack is the Light Dash ‘Gotta Chase’ which sees the crazy pair zoom forward with a speedy attack.

Catdog’s Strong Air attacks include ‘Springy Headbutt’ as the Strong Air Neutral and is basically a strong version of ‘Stretch’. Dog’s Strong Up Air move is ‘Fierce Flex’, while Cat’s is ‘Feline Fist’. The moves are slightly different: Dog’s is wider and shorter, while Cat’s is longer and more accurate. The Strong Down Air is ‘Bouncy Bickering’ which damages opponents on the way down but does give a bit of time for the opponent to attack. The Strong Dash Attacks are ‘Fight Cloud’ and ‘Fighting Each Other’, which are not unlike ‘Take This Seriously’ as it sees Catdog having a fight and damaging the opponent in the process.

The Special Attacks for Catdog alter depending on who is in play. Dog’s Neutral Special is ‘Boomerang Bone’, and Cat’s is ‘Hairball’. Both attacks see them throw their special at the enemy to cause damage. Dog’s bone can also be used to trick the opponent as it can be thrown, only to return to Catdog, then bounced straight back to the enemy! The Up Special is ‘The Almighty’, and sees the pair launch upwards like a superhero. Last but not least is their Taunt move: Catdog arch their back and laugh like a wheezing accordion!

If you have any comments or strategies for Catdog, please comment below! 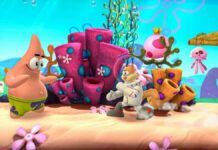 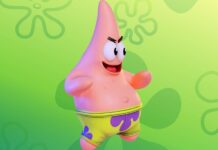 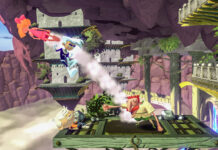 Who Will Get Added to Nickelodeon All-Star Brawl as DLC Character?