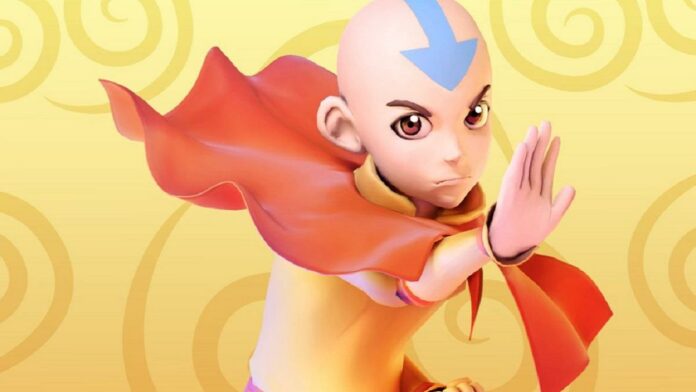 Straight from The Last Airbender comes Avatar Aang to Nickelodeon’s All-Star Brawl. The little monk is the last of the spirits of light and peace, manifested in the body of a 12-year-old. This reluctant hero is ready to take on whatever challenge is ahead—and this time his challenge is to defeat every opponent in an All-Star Brawl! Find out below how to play as Aang, the Last Airbender.

How to Play Aang

This kid has the fate of the world resting on his shoulders, but that won’t stop him from defeating whoever faces him in the brawl! This highly mobile character performs combos in the air and is skilled in keeping his opponents on their toes. Aang’s stage is the ‘Western Air Temple,’ which may be the perfect place to meditate and pray, but Aang has no time for that now! This stage is very large and has five platforms, perfect for Aang’s agility and quick movements taking him from place to place. Just be careful not to fling Aang about too much and fly off the stage completely!

The simple but viciously quick Light attacks used by Aang are Elbow Strike (Neutral), Swiping Wind Kick (Up), and Wind Chop (Down). Aang uses his staff and the wind with his Light Air moves: Staff Spin (Neutral), Aerial Swiping Wind Kick (Up), and Aerial Wind Chop (Down). His Light Dash attack is Sliding Punch, which sees the little monk effortlessly slide towards his opponent to deal damage. These moves can all be performed very quickly, and can combo easily into each other.

Next up are Aang’s Strong attacks. These are the moves where Aang is really channeling his force of the wind. We have the Strong Neutral Tornado Strike, Strong Up Rising Wind Kick, and the Strong Down Slashing Air Blades. Many of these moves keep the opponent off the ground, making it easy to hit them again for some amazing combos.

The Air Strong attacks are great to start or add to combos. Sweeping Windmill Strike (Neutral) is most effective while Aang is close to the opponent. Whirlwind Punch (Up) flings the opponent into the air, ready to be hit by more combos. Aerial Slashing Air Blades also flings the enemy into the air while dealing damage. Aang can also use these Air moves to recover in the air for a moment between hits. His Strong Dash attack is Palm Strike, where he slams into the opponent and deals damage while forcing them backward slightly.

Aang’s staff comes back into play with his Special Neutral attack Spinning Staff. This move can be continuous as players hold the button down, keeping the enemy at a distance and dealing damage if they come near. If Aang’s damage percentage is at 100% or more, this Neutral Special transforms into Elemental State, where he becomes surrounded by an elemental bubble that deals damage if it comes into contact with the opponent.

Aang’s Special Up move is Air Glide, where he rises into the air until the button is pressed again and he slams into the ground (or the opponent!) His Special Down move is Air Ball, where we see him moving around on his air ball at high speed, dealing damage as he goes.

Lastly, his Taunt move is one for diehard fans. Aang finishes off his opponent and then taunts them by pulling an iconically cheeky face and creating a little tiny whirlwind of marbles in his hands. This taunt is straight from The Warriors of Kyoshi episode, when Aang shows he is indeed the Avatar.

If this is your favorite character to play, let us know in the comments below! 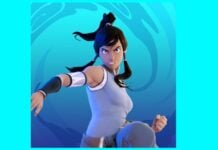 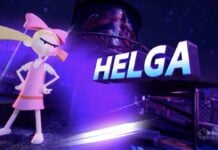 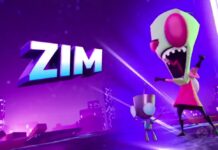