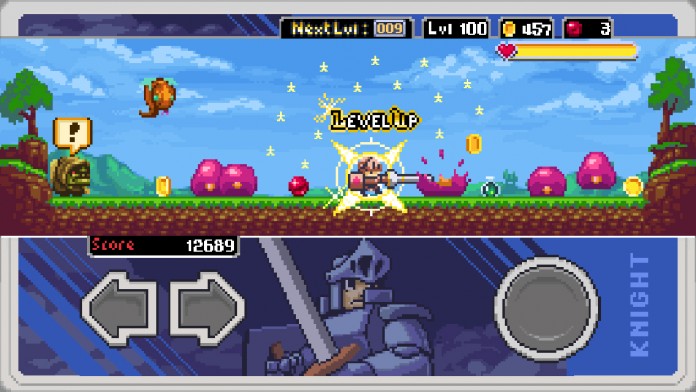 The endless role playing game Slayin is finally going to receive its first update since its release, introducing some new features. Apparently the changes and additions are so big that the game will be rebranded as Slayin 2.0. Not really original, to be honest, but it’s more than enough to let players know that something has indeed changed.

The Slayin 2.0 update will introduce three new playable characters: the Ninja, the Trainer and the Archer. The three characters all have different playstyles, allowing gamers to take a different approach to the game’s many challenges. The new character will definitely increase gameplay possibilities, extending the title’s life even further.

You can take a look at the new characters in action by going at the end of this post.

Slayin is an interesting combination between an endless runner and a role playing game. During the game you will be moving along defeating all enemies you encounter until you die. Once death comes, the only thing you can do is start from the beginning to try and beat your highest score or unlock more contents. It’s not the deepest gameplay experience you can find but it’s a good casual game that can be enjoyed on the go.

Slayin is now available for download on the App Store. The 2.0 update will be released sometime next week. We’ll let you know once it does so stay tuned for all the latest updates.