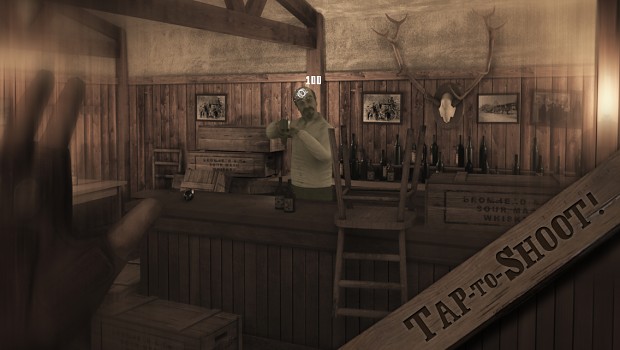 The Old Wild West is one of those settings that hasn’t been used as much as expected in the gaming world. Some of the games that did use the setting are some of the best games ever released, like Rockstar games open world Red Dead Redemption.

Another Wild West game is going to launch later this week on the App store, a dark and grim first person shooter called The Lawless.

The Lawless is going to be an on rail shooter where you will have to fill with lead everything that moves. Not really everything, in truth, but most of it.

When the gunfights start, you will enter bullet time, which will slow everything down. During this time, you will have to tap on targets as quickly and accurately as possible.

The game is going to be quite unforgiving: there’s no place for mistakes in the Wild West. If you miss a target or shoot someone that shouldn’t be killed, marked as a red target, you will have to beging the stage from the very beginning.

With a gameplay premise that’s so simple, you may think that the game has not much else going on. Thankfully, The Lawless has not only a decent plot but also a great presentation, with cinematic sequences between stages and even voice acting. Something I personally didn’t expect when learning about this game.

The Lawless will launch on December 19th on the App Store, fully compatible with both iPhone and iPad. The free version comes with two stages; the full game will cost you $1.99. A Hardcore mode package will allow you to get the full game and the harder difficulty setting for $2.99.