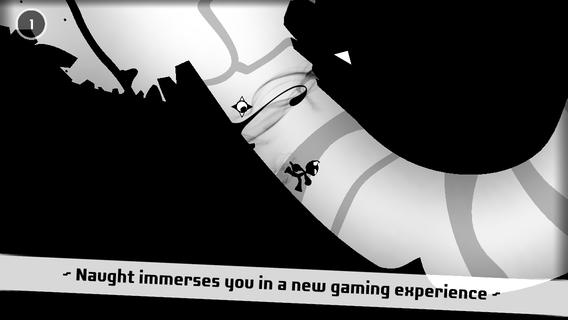 If you’re one of those gamers who love tilting controls for mobile games, you better check out a newly released game which will require you to tilt your devices in order to proceed and conquer the game.

Naught 2, developed by Blue Shadow, is set in a dark environment where you will have to avoid multiple dangers in order to succeed. One of the main hazards to avoid will be some mysterious tentacles.

Together with the main campaign mode, you will also be able to play in a special trial mode which will increase the game’s length even further

Aside from all this, there’s not much more to be found in the game, as there’s absolutely no story or anything like that. Which is not a bad thing since you’ll be able to get in the thick of action as soon as possible, without having to deal with a plot which may not really be interesting. Simplicity is definitely the best, especially for mobile games designed to be played on the go.

The first chapter of Naught 2 is now available for purchase for £1.49 / $1.99 on the App Store. All the other chapters of the game will be released in the near future but the pricing has yet to be revealed.

If you want to know more about Naught 2 and take a look at its tentacle infested gameplay experience, you can check out a gameplay trailer for the game right below.