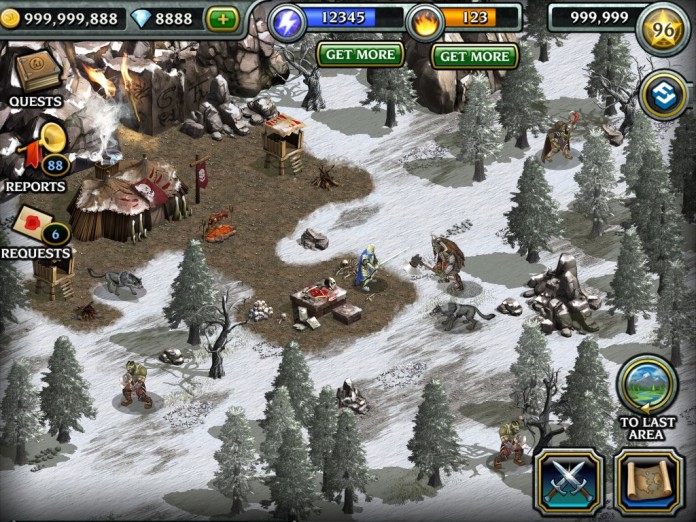 Free to play games are pretty much everywhere nowadays, marking how the gaming industry is rapidly changing and how developers and publishers are trying to make sure their games are successful enough.

Most of these free to play games don’t really feature deep and engaging gameplay mechanics and often end up forgotten by hardcore gamers.Luckily, not all of them are like this and a new, deep, free to play game is now available for download on the App Store.

Dragon Realms is definitely a unique release in the free to play genre since it offers quite a lot of nicely developed gameplay mechanics. The free to play features aren’t tackled on but are actually integrated nicely in the gameplay experience.

Dragon Realms will bring gamers into a medieval fantasy world where they will have to build teams of nine heroes, defeat enemies and get involved in the building of their own town.

The heroes’ choosing process is not really straightforward , with every one of the available factions having an advantage over the other, adding a nice layer of strategy to the game. Recruiting characters will not be enough since you’ll also have to oversee their growth just like many other role playing games.

The town building mechanics are quite well developed and add yet another layer of depth to the game.

Dragon Realms is now available as a free to play title on the App Store. The game can be played on both iPhone and iPad.