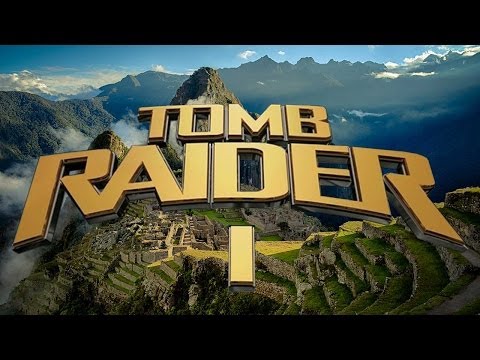 Well it is a packed week for iOS! Forty-seven new games came out this week, including some big name titles and anticipated sequels. So let’s jump right in to see the highlights for this week!

Laura Croft has now crawled into your mobile devices. The first Tomb Raider  game is now available on the app store. Based on the 1998 re-release, this game has all the nostalgia of when it first came out. Square-Enix kept all the game play and fun from the original released and shrank it down for gamers on the go. Tomb Raider I should bring back some great memories.

Everyone’s favorite candy munching monster is back. Cut the Rope 2, sequel to the hit rope cutting puzzle gaming, has been released this week. In this game, Om Nom has broken free from his box and is off the explore the world. With 120 new levels, new gameplay elements and new customization, the game ups the ante from the first Cut the Rope. With the new ability to move Om Nom comes new characters to help him, with names like Roto, Lick and Toss. Cut the Rope 2 looks to be enjoyable for gamers of all ages.

Cut the Rope 2 on iTunes

Fan of puzzle games and heist movies? Safe Cracker, the new game from Supergonk, is the game for you. Take control of the world’s greatest theif and her handy hacking device nano. Players go through 64 levels across 8 layers. Those who enter the vault successfully get a big surprise at the end. With fun graphics and a great soundtrack, Safe Cracker is a great puzzle game for the hacker in all of us.

Fans of war and strategy games rejoice. Panzer Corps is now on iOS devices everywhere! The spiritual sequel to the Panzer General games, this game puts the player in charge of the Axis armies during World War II. With 26 senarios, in-app purchases for more gameplay and cross-platform multiplayer, this game brings WW2 action on the go.

The old west returns to mobile devices in The Lawless. The player is a man motivated by seeking vengeance for his brother. With fast touch and tap gameplay, quality graphics and the freedom to take out enemies your way, The Lawless is for the outlaw in you.

The Lawless on iTunes

Telltale brings back their famed series of games with this highly anticipated sequel. Walking Dead Season 2 brings the action and decision making from the award-wining Season 1. Players are Clementine, orphaned by the apocalypse, as she travels, meeting new survivors and making life-altering decisions as she decides if the living are worse than the dead. Episode 1 is now out, and 2-5 will be released soon.

Have a favorite game? Think we missed a big game? Let us know in the comments!