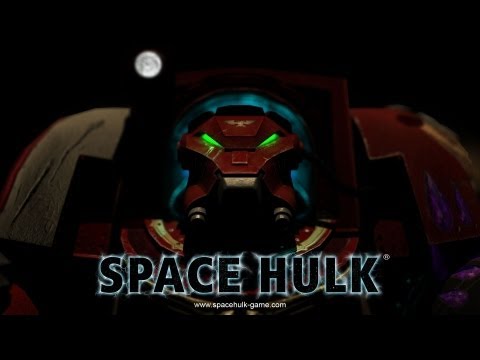 It’s a big week for new iOS game releases! We have new games, a big name game, and a bunch of other fun times. Sadly, Grand Theft Auto: San Andreas did not come out this week. Rockstar did state it would come out later this month. Let’s jump right in, shall we?

The classic board game is now on iOS! Set in the universe of Warhammer 40K, Space Hulk has players up against hoards of Genestealers. With 3 new DLCs, over 12 missions and the classic turn based strategy system, this game is great for bringing your favorite board game on the go. Even better is Space Hulk is cross-platform, allowing you to play with friends no matter if they are on a tablet or computer.

Take to the high seas with this new game from Ubisoft. In Assassin’s Creed Pirates, players are Alonzo Batilla, a young captain battling his way across the Caribbean. With real time naval battles, beautiful 3D graphics, and the classic historical cameos, this game is great for fans of the console games. Available in multiple languages as well, players will live the pirates life and all it’s glory in Assassin’s Creed Pirates.

Another slicing game has come to the mobile market. KingHunt, by developer Mountain Sheep, is supposed to be the next generation slicing game on iOS. With power-ups, 200 enemies in 12 worlds and Dynamic Slice Technology, this game is great for quick, on the go fun. Fans of Fruit Ninja and other slicing games will the gameplay and quirky story KingHunt has to offer.

Fans of classic arcade games rejoice! All 3 Double Dragon games are available on iOS in one app. Featuring the classic fighting style that made the game famous, the app has 2 game modes, 3 difficulty levels and co-op mode over Bluetooth. With a remastered soundtrack, Double Dragon Trilogy will offer players both new and old a great time.

Fan of b-movies and mobile gaming? Well then Clash of Puppets is the game for you. Based on the b-movies of the 20th Century, this game takes players through 3 worlds as they hack and slash through hoards of puppets. With multiple weapons, cartoony 3D graphics and a survival mode, Clash of Puppets is a fun platformer for gamers on the go.

One of the more bizarre games this week is continue?9876543210. You are failed video game character, going from town to town, collect items and building shelter, all while hiding from the garbage collector. The game assigns players 1 of 6 characters and 6 of 11 areas to play in. continue?9876543210 is a game for fans of indie developers and those who are looking for something a little bit different.

The Wolf Among Us

Telltale Games is back with another game in the spirit of their famed Walking Dead game. The Wolf Among Us is a game in 5 episodes, telling the story of Bigsby Wolf. All choices you make will effect the game as it progresses, so players have to watch out as the navigate the town of Fabletown. The Wolf Among Us is already getting good reviews, so if you were a fan of The Walking Dead, check this game out.

iTune Link: The Wolf Among Us

Well another week on the App Store starts out with a bang. Have any favorites or think we missed another great game? Comment below and tell us!