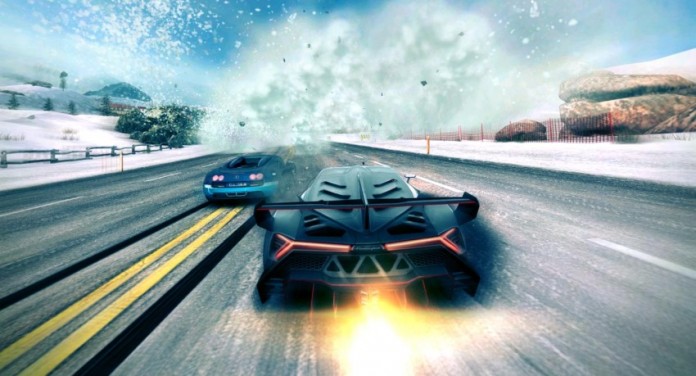 Another unimpressive week in terms of iOS game releases is here… don’t developers know that it’s school time again and now they should release a ton of games? Either way, we have a really big name release this week with Asphalt 8: Airborne at an incredible price too (just 99 cents), while a few other games might prove to be hidden gems, like Smash Bandits. So let’s check out the new notable iOS game releases of the week!

The best iOS arcade racing game series reaches a new turning point! Perform dynamic, high-speed aerial stunts in an intense driving experience powered by a brand-new physics engine! A ton of new cars and the hot looks of the Asphalt series, this is clearly a must have. Here’s a trailer:

From the makers of Smash Cops crash through America in the craziest road race to hit the App Store. Power up to faster cars, get the edge with getaway gadgets and outrun the cops as you speed to the state line. The game has beautiful graphics, a fun concept and it’s free. And it goes like this:

You are a pixel. Your job is to form shapes. Shapes require many pixels cooperating together, and the only way of interaction you have is moving around and winking. Is it possible to build anything useful like that? Well, there’s one way to see that and that’s by playing this interesting game. Strange, but interesting. Here’s the trailer which doesn’t bring too much justice to the concept though:

Drawing a line with your finger is about as simple as it gets, but when you include disappearing obstacles, moving objects and keys to collect you get one seriously tricky puzzle game. Over 200 levels and some memories brought back to us, the old folks, about the days when we used to play this at school, with real chalk.

Most likely the kids will love this game, a card trading game featuring the well known cartoon character. Well known for kids at least because I know nothing about it…

And that would be it. I warned you that it’s not the best week there ever was in terms of iOS game releases, but at least we have something!