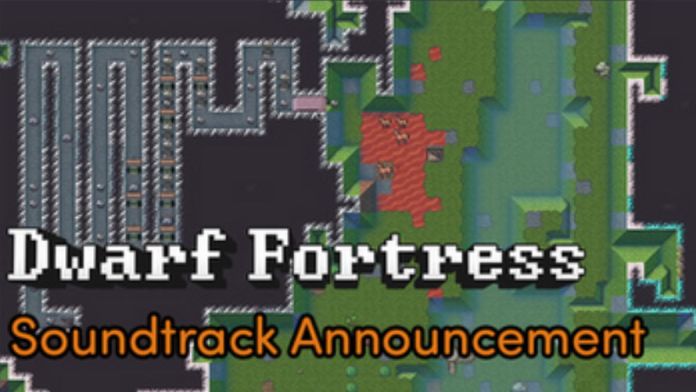 Dwarf Fortress is finally coming to Steam and Itch.io, and it’s receiving a shiny new coat of paint! The game is the same tough-as-nails city builder as before, just with a new snazzy pixel art style and a brand-new soundtrack. The original Dwarf Fortress had a few memorable songs, so they’re going all-out with the new version. Here are all the new Dwarf Fortress soundtrack details!

To fully understand how far we’ve come, we have to take a look back at the original version of Dwarf Fortress. The game’s soundtrack comprised of exactly two songs, both of which were played on a 6-string guitar by one of the developers, Tarn “Toady One” Adams.

For the new Steam and Itch.io versions of Dwarf Fortress, the game will feature an entirely new soundtrack consisting of fifteen songs! The developers brought on three composers to work on the soundtrack: Dabu, Agueda Macias, and Simon Swerwer.

Dabu and Agueda Macias are independent composers, who are known for their work on various indie games. Simon Swerwer is a name you might already be familiar with, as he was known for the SoundSense utility for the original Dwarf Fortress.

If you want a preview of the new songs, check out the official developer video. You can even see the two brothers who created the original Dwarf Fortress!

Perhaps the coolest thing about the new soundtrack is that some songs feature Dwarvish lyrics, which really immerses you into the rich world of Dwarf Fortress. It’ll be a delight to hear these in the game proper.

You can purchase the Dwarf Fortress original soundtrack as a separate DLC on the game’s Steam store page when it goes live, and there will also be a Bandcamp page for it as well.

What do you think of the new soundtrack? Does it fit the mood and world of Dwarf Fortress? Let us know your thoughts in the comments below!

Dwarf Fortress releases on Steam and Itch.io on December 6, 2022.