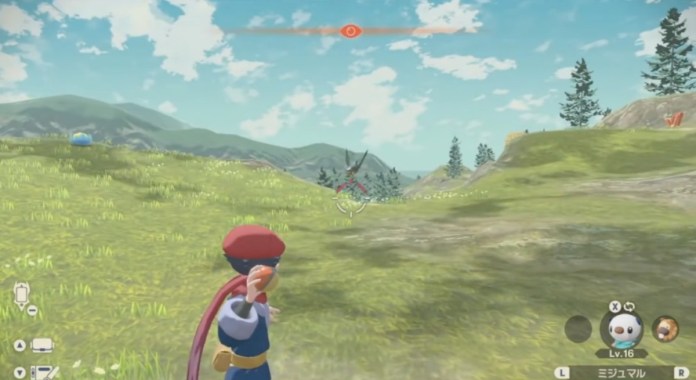 Pokemon Legends: Arceus developed by Game Freak for Nintendo is due for release on Nintendo Switch on January 28th 2022. Fans have been looking forward to the release of the single player action RPG since it was announced as part of the Pokemon 25th Anniversary event in February 2021. Over the last 10 months Nintendo has release more information about what we can expect from the open-world game. Announcements include new Pokemon Wyrdeer, Basculegion, Kleavor, and new regional forms of Growlithe and Braviary.

The Japanese Pokemon YouTube channel released brand new footage from the game. The footage shows the catching and overworld fight mechanics gameplay that we haven’t seen before. YouTuber Austin John Plays walks us through the latest footage in one of his videos, showing us what we can expect from Pokemon Legends: Arceus. Check it out below.

As you can see from the video, it looks like players get the Arc Phone containing a much-needed map early in the game. There is also an icon for a bag and a notebook, and the iconic Pokeball. The footage shows the player catch a Bidoof, which is the first glimpse of what catching a Pokemon will look like in this game.

The exclusive footage also shows us what happens when a player approaches a wild Pokemon who is ready to attack. A red exclamation mark is shown above the Pokemon’s head, and a bar appears at the top of the screen. These Pokemon can attack the player, dealing real damage!

Lastly there is some amazing gameplay footage of a player moving around on different animals, and of the stunning environment we will be exploring. Watch the whole video above for every bit of the exciting preview.