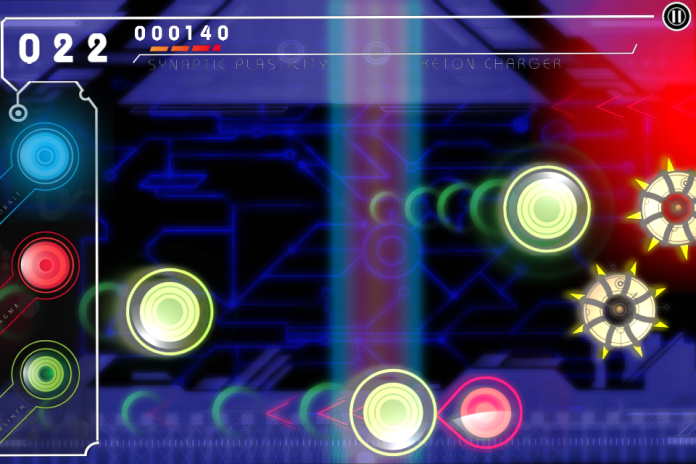 A new arcade style game will be released later at midnight on the App Store, featuring an electronic soundtrack, a hacker theme and tons of fun.

Neurokult has been developed by Woodland Barbarians. The team has managed to create a really engaging experience which will require speed on the gamers’ part to complete all the challenges included in the game.

The main goal of the game is incredibly simple: clear all the markers on the screen by tapping and sliding them. The best way to clear stages as quickly as possible is by taking multiple markers with a single motion.

Things are not as simple as they may sound, since the markers will be of three different colors and you’ll only be able to clear markers of a specific color at a time by selecting the color itself on a bar found on the side of screen.

As if this wasn’t enough, you’ll also have to deal with bombs. They will be launched at you in different ways and you’ll have to void setting them off. Miss too many markers and hit too many bombs and it will be game over.

If you’re looking for a fast paced arcade game, Neurokult will be perfect for you. If you’re interested in the game, you can check out a gameplay trailer right at the end of this post.