Home Guides NEO: The World Ends With You: How to Defeat Susukichi 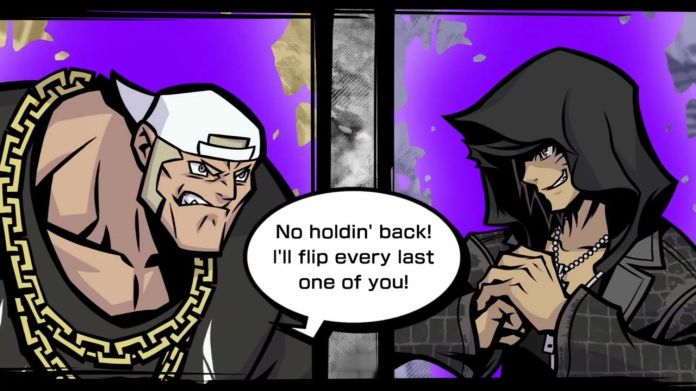 During the course of NEO: The World Ends With You, you will not only have to worry about the multitude of Noise found around Shibuya but also about the members of the other teams competing in the Reapers’ Game. The Ruinbringers have been dominating the game for a while thanks to the power of its members, so fighting any of them head-on will prove to be quite a challenge.

Here’s how to defeat Susukichi, one of the Ruinbringers, with ease.

Susukichi is the first member of the Ruinbringers you meet, and the first one you will have to fight. This powerful boss is fought at the end of the first week, and it may take a while to take him down, due to his very high HP and powerful special attacks.

Susukichi can deal a lot of damage with his fists and dashing attacks, so you will be fighting him from a range most of the time. As such, you will want to equip your team with long-range Pins so as to avoid getting close to the boss as much as possible. Also make sure to equip as many Ice Pins as possible, as Susukichi is weak against them.

Outside of the close range and dashing attacks, Susukichi often unleashes a very powerful special attack that places white and black discs onto the battlefield. Keep an eye on the color of Susukichi’s antlers and then step on a disc of the opposite color to avoid getting damaged: this attack is very powerful, so you want to learn how to deal with it as quickly as possible.

NEO: The World Ends With You: How to Defeat Susukichi