Home Guides NEO: The World Ends With You: How to Defeat Shiba 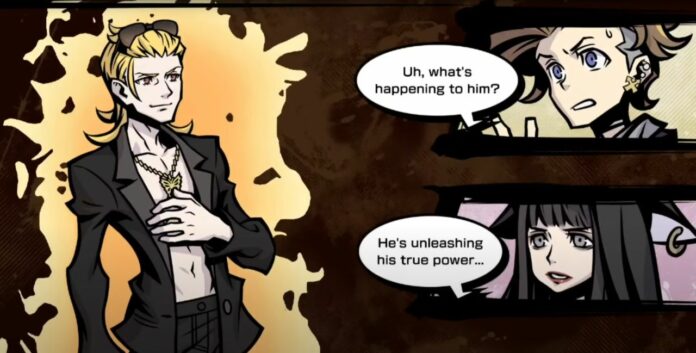 Ever since the beginning of the Reapers’ Game in NEO: The World Ends With You, it was clear that Shiba was the Reaper to beat. The Game Master made Rindo and his friends’ time in Shibuya feel like hell, and you can be sure he will continue to do so even in their very first direct confrontation.

Here’s how to show Shiba who is the true boss in the Shibuya Underground.

Shiba has a lot of tricks up his sleeve, and a solid strategy is required to avoid falling into his traps and getting overwhelmed by his clones. You will fight Shiba at the end of Week 3, Day 7.

How to Defeat Shiba

Unlike what you may expect, Shiba doesn’t exactly fight you alone, as he will send you to a fake Shibuya where you will have to take down multiple Noise. He will also clone himself to overwhelm you while trying to stay hidden and avoid getting attacked. Since you will be dealing with multiple enemies, it’s a good idea to bring Pins that can unleash area of effects attacks, and if they belong to the Wind affinity, it’s all the better since Shiba and his clones are weak against it. Also, make sure to bring as many Light affinity Pins as you can, since their HP Vampire skill can heal you while dealing damage. Dedicated healing Pins also work well, but, as you will want to make the fight as short as possible, you really do not want to waste a Pin slot on a Pin that can only heal.

When Shiba unleashes his clones, things become hectic, and you will want to eliminate them as quickly as possible. Build your Groove to 300% to unleash a Killer Remix that will take out most clones. In case you are having trouble building meter, you can attack clones and keep an eye on Shiba’s HP gauge to see if you are targeting the real one. Keep at it, and Shiba will eventually go down.

NEO: The World Ends With You: How to Defeat Shiba