Home Guides NEO: The World Ends With You: How to Defeat Plague Stinger 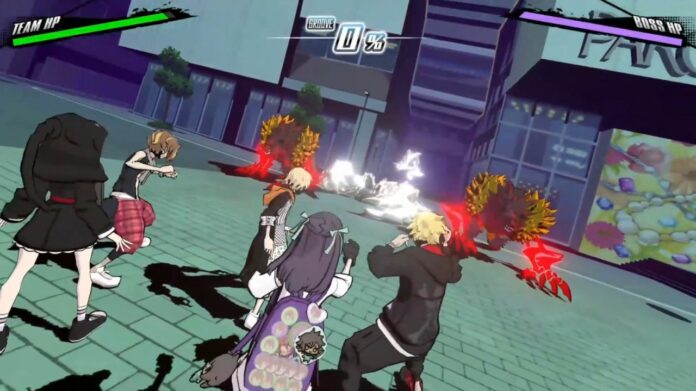 Plague Noise, which start making their appearance during Week 3 in NEO: The World Ends With You, are more powerful Noise that Rindo and his friends will have to fight quite often during the final days of the Reapers’ Game. While they don’t look too different from regular Noise, apart from the different color, you will need to come up with new strategies to win, as they can also drain your Groove and make it difficult to unleash Mashups or a Killer Remix.

Here’s how to defeat one of these Plague Noise, the Plague Stinger.

The Plague Stinger doesn’t fight too differently from the regular Stinger Noise, only that its poison attack can lower your Groove, thus making it more difficult to use the powerful Mashup attacks or a Killer Remix. You will fight this boss at the end of Week 3, Day 3.

How to Defeat Plague Stinger

As already mentioned, the Plague Stinger’s poison attack not only damages your HP but also reduces your Groove, so you want to avoid getting poisoned as much as possible. To do this effectively, it’s just better to fight from a distance and use the most powerful long-range Pins at your disposal. As the Plague Stinger is weak against Ice, bringing Pins with this affinity will let you deal more damage and make the fight shorter.

If you do not fear poison and like to fight up close, always keep an eye out for the flashes that signal incoming attacks. Time your dodges right, and you will be able to avoid the attack with ease. Alternate offense and defense as needed, and the Plague Stinger will soon become history.

NEO: The World Ends With You: How to Defeat Plague Stinger