Home Guides NEO: The World Ends With You: How to Defeat Leo Cantus Armo 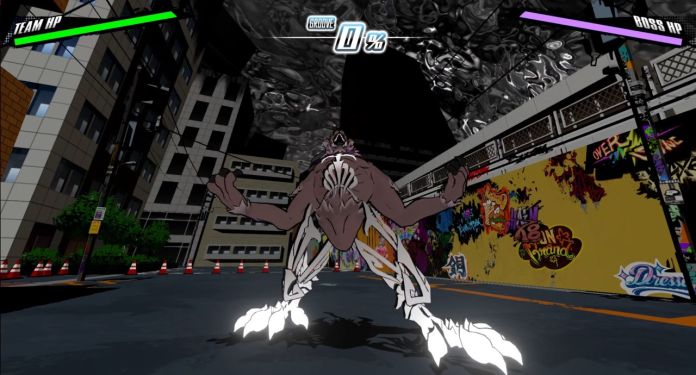 Week 3 in NEO: The World Ends With You is undoubtedly the most challenging week of the new iteration of the Reapers’ Game, as Rindo and his friends not only have to fight against the dangerous Plague Noise but also against some very powerful Reapers. A familiar face will come forward to challenge Rindo during this week as well, and taking him down will not be easy.

Here’s how to take down Leo Cantus Armo without too many troubles.

(Please note that there will be some big spoilers from this point forward so do not continue reading if you haven’t reached Week 3, Day 4 yet)

Leo Cantus Armo is the Noise form of Sho Minamimoto, the former Reaper who teamed up with Rindo, Fret, and Nagi during the first week of the game. This boss is considerably more difficult than any other you have faced up until this point, as he has the ability to reduce received damage with his armor. You will fight Leo Cantus Armo at the end of Week 3, Day 4.

How to Defeat Leo Cantus Armo

As already mentioned, Leo Cantus Armo is the most powerful boss you have faced up until now, and one that you should not take lightly. As he is capable of dealing huge amounts of damage, you need to bring Pins that can heal you. They can either be Light affinity Pins that come with the HP Vampire ability or dedicated Healing Pins. Since it can be a little difficult to build Groove quickly, you shouldn’t rely on Killer Remixes to heal yourself. Other than these Pins, you should bring as many Water affinity Pins as possible to deal more damage and make the fight shorter. Leo Cantus Armos is very quick, so any long-range Pin that can track the enemy is extremely valuable in this fight.

Other than the highly damaging attacks, the Leo Cantus Armo fight is made more difficult by the boss’s ability to summon armor that protects him from attacks. While the shield is up, the boss will still receive damage, but most of it will be absorbed by the armor. Once enough damage has been dealt to the armor, it will be destroyed, and the boss will once again receive 100% damage from your attacks. To destroy the armor as quickly as possible, you can use Mashup attacks or Killer Remixes, so make sure to build up and hold onto your Groove until the armor goes up. For the rest, stay away from Leo Cantus Armo, attack when the opportunity arises and he will soon become history.

NEO: The World Ends With You: How to Defeat Leo Cantus Armo