Home Guides NEO: The World Ends With You: How to Defeat Houseleon 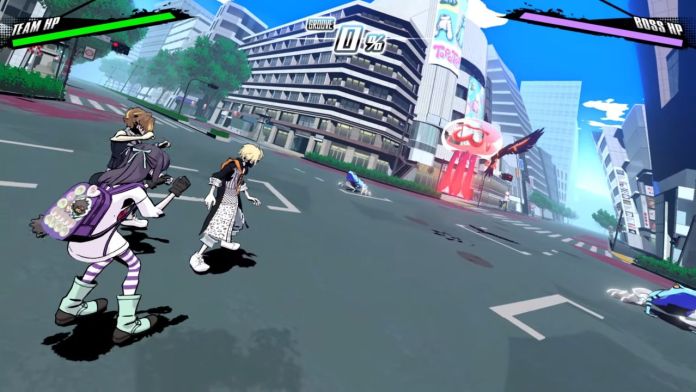 The bosses Rindo and his companions have to take down in NEO: The World Ends With You are all quite powerful, but none are as annoying as the Houseleon, the very first boss you will encounter in the game’s second week. This chameleon Noise comes with some special attacks that can be difficult to avoid if you do not know how to deal with them.

Here’s everything you need to know to take down this boss without too many troubles.

The Houseleon is an annoying chameleon Noise you will have to take down during Week 2, Day 1. This boss not only likes to disappear from the battlefield from time to time but also loves to attack from range, dealing massive amounts of damage if caught in its powerful attacks.

During the mandatory boss fight against Houseleon, you will also have to fight a few regular Noise. While these other enemies are not as powerful as the Houseleon, that can be quite annoying so make sure to take them out before you start focusing on the boss, as they have considerably less HP and are easier to take out.

Once you have defeated the other Noise, you can focus on the Houseleon. This chameleon Noise will often disappear from the battlefield and attempt to attack you from afar while concealed using its tongue: you will know it is preparing to unleash this attack when two circles and a dot appear around your controlled character. At this point, you need to search the battlefield and attack the Noise to prevent the attack from going off or avoid it at the last second, right when the dot turns red. After unleashing this attack, the Houseleon will become visible, so make sure to attack it with Fire and Wind affinity Pins to deal as much damage as possible. Avoid staying too close to the Noise for too long, as it will eventually unleash an electric discharge attack that’s quite powerful.

NEO: The World Ends With You: How to Defeat Houseleon