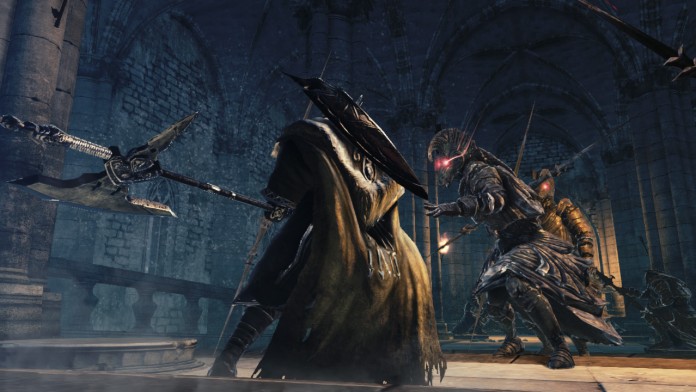 If you’re a console gamer, you surely know about the Dark Souls series, a punishingly difficult action role playing game series developed by From Software and published by Namco Bandai.

For those that don’t know the series, let’s just say that it’s one of the best games released in recent years, thanks to its unique atmosphere, gameplay mechanics and difficulty level. The challenges posed by the game are never unfair, though, so there’s a certain amount of satysfaction in being able to overcome them with practice and skills.

It looks like Namco Bandai is currently considering about release an iOS version of the game in the future, as confirmed in a recent interview with Digital Spy.

At the same time, developer From Software is not too keen on the idea. Alex Adjaj from Namco Bandai stressed that while From Software may not want to do it right now, things can always change in the future. Controls and some of the mechanics would have to be changed but a mobile version of Dark Souls is not an impossibility.

If done properly, a mobile version of Dark Souls has the potential to become very successful. The iOS audience is changing every day and more hardcore gamers have started embracing mobile gaming instead of just ignoring it. Let’s hope that From Software has a change of mind soon.