Home Guides My Real RPG: The Law of Survival Cheats: Tips & Guide to... 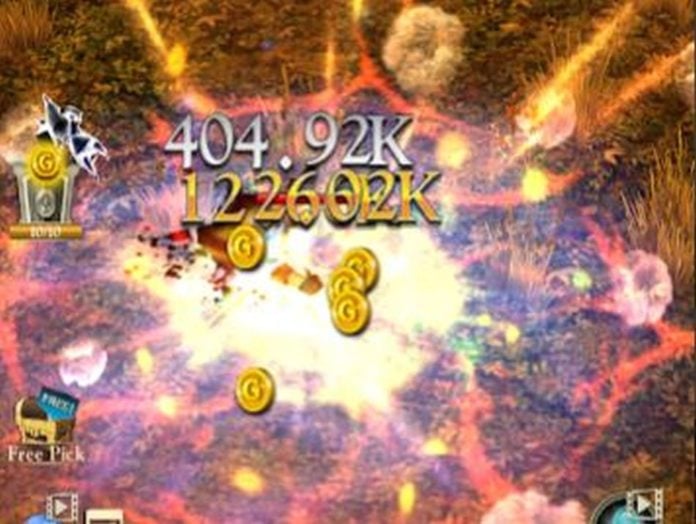 In today’s article we are going to cover all of the My Real RPG: The Law of Survival tips and cheats that we have gathered so far and share them with you so that you can survive for longer and beat more enemies!

Since in this game all that you really have to do is pretty simple and doesn’t require much thought at first glance, you won’t really need to worry about much – but after you play the game for a little while you will notice that there is slightly more to it than you first see. So in regards to that, we’ve put together a list of tips and tricks that should help you all throughout the game!

So are you ready? Then let’s not waste another second and dive right into the My Real RPG: The Law of Survival tips and tricks right here below!

You will notice your skill bar at the very bottom of the screen – this will be mostly empty as you start the game, but soon enough you can acquire some skills and use them on your skill bar to help you clear out the monsters and fight the bosses much more easily!

You will find your skills by tapping on the menu in the bottom side of the screen, called Skill. There you will see the following:

– Spinning Slash: This skill is already unlocked as you start the game – it’s a circular attack which will do AoE damage to all enemies within range in a circle around you.

– High Speed Slash: This skill will cost 20 Gems to unlock and it’s a skill which lets you dash through the enemies and dealing damage to them in a line.

– Leap: The Leap skill costs 50 Gems to unlock and when you cast it you’ll perform a leap into the air then do damage when landing on the ground in a small AoE area.

– Simulacrum: This skill lets you summon a Simulacrum which will deal damage. It will cost 80 Gems to unlock.

– Strike: This skill will cast a powerful shockwave in front of the caster and it costs 100 Gems to unlock.

Once you have collected plenty of Gems, you can go ahead and unlock Simulacrum because that is a very good skill in my opinion. As for later on in the game, a combo which I like quite a lot is Simulacrum, Strike and Leap. These are the highest damage dealing skills and I like that they are not as limited as Spinning Slash.

Be careful where you cast your skills

If you are battling on manual, then you should really pay very close attention to where you are casting your skills because if you are just casting them whenever they are off cooldown, then you might not hit anything at all with them.

So you need to pay attention to the area which the skills affect and then see how you want to cast them so that you will not cast them on nothing at all. I suggest that you first use the skills as soon as you unlock them and see how big their AoE is (or how they work actually) and then just go ahead and use them whenever you think it’s appropriate.

There are not a whole lot of missions in game, but there are plenty – PLENTY of achievements! You can find them in the upper left corner of the screen and there you will see the very first icon – Achievements.

Head on there are give them a quick read so that you can see what you should do to claim the rewards that they give. Some of the tasks will be pretty easy and straightforward, such as the ones which ask you to use X amount of Gems. Those you can complete in time, and if you don’t have the Gems immediately then it’s no rush.

I really suggest you to take a look at the Achievements which give you Medals, because those will come in handy quite a lot. So just keep in mind to check your Achievements and whenever you have completed something, claim the rewards!

Unlike in many other games where Auto battle is just a pretty average AI, here the Auto battle is very useful if you want to do something else while your character is going to fight. The Auto button can be found in the right side of your skill bar, and I suggest that you keep it on at all times.

If you want to turn it up a notch, you can also choose to activate the Boss Auto Summon option in the middle upper side of the screen. That will not be super easy if you don’t make upgrades constantly, so if you are not confident 100% in your strength, then just skip this one.

My tip here: I really prefer to always have Auto on because it makes things much, much easier – it will use the skills and attack all the monsters automatically so all that I need to focus on is leveling up the skills!

There are a few upgrades that you can make in game, and if you want to learn how to pass the levels and bosses easily, let me explain how you should go about upgrading these:

– ATK upgrades: ATK is your most important stat, and it is basically your damage. Keep this one always leveled up first and at the maximum amount possible.

– Skill ATK upgrades: This is the upgrades to damage that you will do with your skills. It’s important, but normal ATK is much more so.

– DEF upgrades: This is your Defense, and this is the second most important after the ATK. It’s good to always have this high enough so the normal monsters will do only -1 damage to you.

– HP upgrades: Your HP is also important, but it should come after the DEF. It’s your maximum health pool, so it’s especially good versus the bosses.

I suggest that you upgrade the skills in this order: ATK -> DEF -> HP -> Skill ATK. You should always upgrade the DEF enough so that the monsters will do -1 DMG to you, and whenever you see that they do more, just add another point.

For the Boss battles, when you have the icon above the screen which lets you challenge them, you should first make all the upgrades that you can so that this icon will have a grey border – that will mean that you have a super high chance of defeating the boss.

The Rebirth can be performed after you have survived at least day 20, but I don’t suggest that you Rebirth as soon as you’re there – only the very first time or the first two times. Once you perform Rebirth your normal stats will be reset to level 1, but the Advanced ones will stay.

Also when you Rebirth you will receive Tokens which you can use to level up your Advanced stats. Keep in mind to always do this when you can because those Advanced stats will add up and will make your stronger and stronger.

Challenge the Gold Dungeon when the gauge is full

When you will see an icon appear on the left side of your screen with a golden G on top of it, tap on it because that will be the Gold Dungeon! Whenever you have this available, challenge it immediately because it will give you tons of Gold which you can use to make more upgrades!

More My Real RPG: The Law of Survival tips and tricks:

– Always check out the Shop button in the top right side of the screen. There you will find Special Offers which can be super useful (the Rare Box II especially) and a couple of other stuff.

– Get your Free Box every 8 hours from the Store -> Equipment Box. This will give you 9 random items, and you never know if you might get something super useful or not!

– Turn on the Auto Potions because it will make things a lot more easier! You can do this by heading on to the Item -> Potions tab and there select the 60% (in my opinion this is fair) and the game will automatically use potions for you!

– Watch an ad to receive free Gems! This option can be found in the left side of the screen and you can do this several times per day!

– Watch an ad to receive free buffs! The buffs will not last for a very long time, but you can benefit from them when you are fighting some powerful bosses which you are having trouble with.