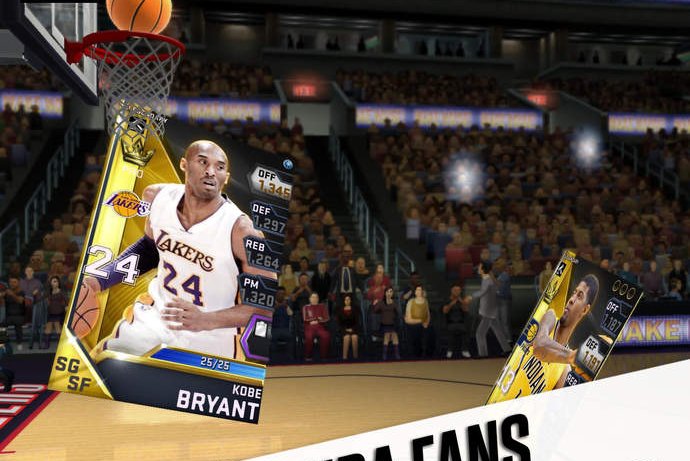 Following the anticipated yearly release of 2K Games’ NBA simulator on consoles, we also got a little treat: My NBA 2K16, the beautiful card battler game that puts you in charge of an NBA team, has you collect players from across the league and challenges you to become the ultimate champion. We are here to help you achieve that goal by sharing some My NBA 2K16 cheats and tips to build the ultimate deck, upgrade your heroes and win all your games. Prepare for a long ride as it won’t be easy!

Now let’s not waste any time and let’s check out below My NBA 2K16 tips and cheats from Touch, Tap, Play (that’s us, ha!)

1. Make sure players play in their preferred position
As soon as you start the game, your players will be randomly placed in the team: go and set them up to play in their preferred position to get the position boost and afterwards make sure that you always play them in the right position. There are only very rare occasions when you should play cards in different position: when their stats are way better than anything else you’ve got (like having a legendary play instead of a rare – it will usually be smarter to play the rarer card in this situation).

I always start playing my weakest card (or a medium-weak duo if two players are needed) because the AI usually plays the best card first. This means that I don’t risk playing my best card and having it defeated by a better “best” card of my opponent. It’s risky as you basically give them a win to start with, but I had no problems so far using this strategy.

I always use the boosting cards when a double team play is required. This way, I have two players who get a bonus and I feel that my chances are better. I also rarely use the booster during the first play to avoid losing it. This has gone so far really well with me and I consider it the best strategy if you have a decent deck!

Finally, always look at the Line-up Tier of your opponent. You should always pick players from your tier or the tier below (if it’s possible) to improve your chances of winning. Look at the number of games played: try to aim for people with less games than you and more losses, but stay away from those who are at Super Rare Plus and above after just a few games: they have some Legendary or very rare cards and they can actually defeat you even though they don’t have a ton of good cards!

3. Wait to improve your cards
As soon as you start playing, you will have a ton of various players and mostly common cards. Wait to fill up your deck (collect 150 cards) and start improving players afterwards only. This way, you will always guarantee that you are improving your best cards only – start with the rarest and work your way down. Try max them out before moving on to the next player, and always start with the best card. This way, if you get better cards while playing, you can easily discard the ones at the bottom.

4. Try your hand at the Auction House
Personally, I would recommend you – especially if you are patient – not to buy cards from the Auction Market. But you can try to sell your cards there, especially if you have a lot of rare cards (which can be super rare, epic and so on) playing the same position. Put them up for sale and get the profits – sell them a bit under the market value to guarantee their sell, and take that money to use it to improve your squad!

5. Keep an eye on your team meter
It’s always a good idea to have your team meter (the rarity meter) almost full instead of rushing through the rarity meters and getting stuck at the beginning of the meter. If you have the meter almost full, it means that your deck will be, at least in theory, better than most other decks you’ll be facing. This makes winning easier and even though it’s true that higher rarity levels have the potential to give you better rewards when you pick cards, you need to take your time to build that solid, perfect, flawless deck.

6. Win Games Cheat
This doesn’t really help you much in terms of rewards, but if you want to have a clean set of wins and no losses, you can easily cheat it out: if you see that you’re about to lose the game, simply force quit it and log in again to the game. The game won’t be recorded and you’ll have no loss. Of course, you won’t get the free card pick – but if you want a clean record, this is the way to do it. I repeat, though: It doesn’t help at all with your deck building!

7. Start Seasons with your Energy Cards stocked up
You will need quite a few energy cards when you start a season if you want to remain competitive, so it would be a good idea to stat one only if you have at least 10 Energy Cards stocked up to make sure that your players play at full potential. Remember that they lose less stamina if they play in their preferred positions and you should refill their energy every few matches to keep the balance between using energy cards and solid stamina numbers.

These would be for now our My NBA 2K16 tips and cheats for winning your games – if you have any extras to add, let us know by commenting below! 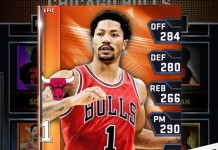 My NBA 2K16: How to Get Super Rare, Epic & Legendary Cards Fast