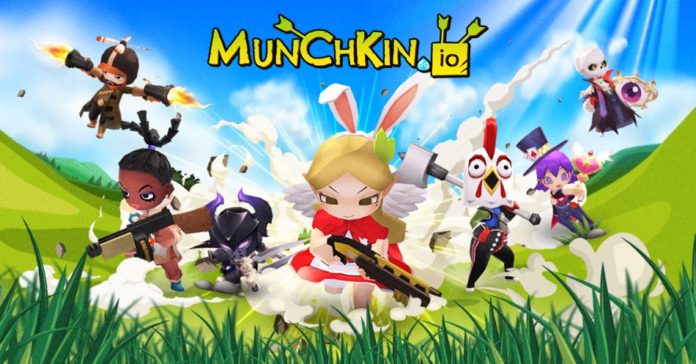 If you’ve ever found yourself wondering what it means when a game has .io at the end of its name, allow us to furnish you with an explanation.

It’s because of a web game called Agar.io, where .io was the domain extension for the site. Agar.io saw a large number of players massing as blobs in a single area and trying to absorb one another in a sort of fungal battle royale.

So that’s the kind of game Munchkin.io is, though in every other respect it almost couldn’t be more different from the cheap and cheerful .io games you find on the web.

Munchkin.io involves being dropped onto a fantastical landscape and fighting to remain alive among a total of up to 20 players. This landscape is gorgeous, with cartoonish 3D graphics that look pleasingly reminiscent of Animal Crossing. 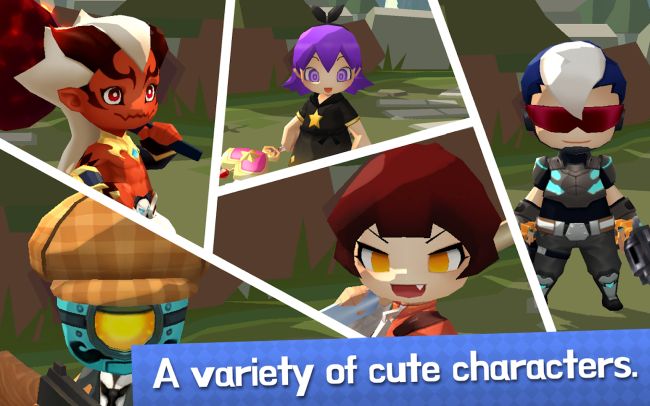 To survive you’ll need to collect little blue blobs and kill other players. Starting off with a baseball bat, wand or throw-sling, and moving on to swords, axes, bows, and more, you get a chance to upgrade when you go up a skill level, though not every time. Sometimes increasing your skill gives you a skill or something else instead.

The stuff you get in these giveaways is random, though you always have a choice of three different items, so there’s a degree of personalisation involved too. Every go of Munchkin.io feels like a potted RPG campaign.

You’ll also find treasure chests and earn gold rewards, which you can spend on new characters, costumes, weapons and so on.

There’s a number of modes, including battle royale, basic, single player against the AI, and a highly intriguing Munchkin Ball mode, which is basically soccer.

As you can probably tell, Munchkin.io is not like other .io games. It looks spectacular, with dozens of cute characters to encounter (and beat to death), and it lets you kick a ball around when you’ve had enough real-time multiplayer combat.

You should check it out right now via both the App Store and Google Play. 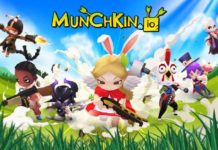