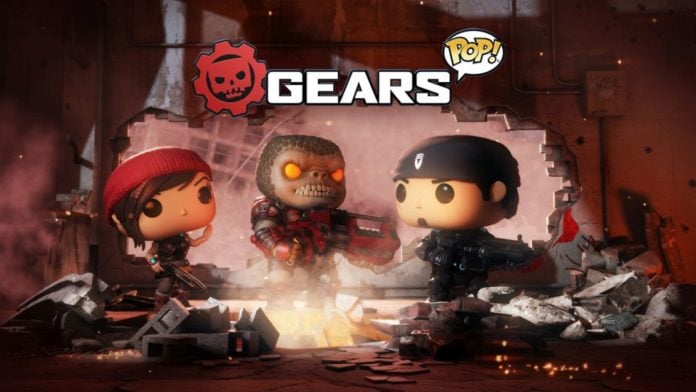 In the last few months, more and more big publishers started bringing over to iOS and Android their big franchises and properties. Microsoft, in collaboration with Funko Pop!, announced back at the E3 a very interesting spin-off of the Gears of War series called Gears POP!

The game was originally scheduled for a September release, but it seems like development went even better than expected, as the release date has been pushed ahead.

Gears POP! will be released on iOS and Android later this week, on August 22nd, instead of September 2nd, as originally announced.

Gears POP! is a multiplayer online game, so you will require an active internet connection to play. The game features some very nice visuals, which see the Gears of War characters rendered in the typical Funko POP! style as they go at each other in some heated multiplayer battles.

Gears POP! will allow, for the first time ever in the gears series, to team up humans and locusts in this battle of supremacy. There are over 30 different characters available, so the possibilities are huge.

Gears POP! will also feature a robust League system which will keep track of the players’ abilities and match them with those of similar skill level. If playing always online is not exactly your thing, however, you can also practice against AI opponents to hone your skills and tweak your team.

Gears POP! will be released on iOS and Android on August 22nd. If you’re looking for an involving, competitive multiplayer game, you will definitely want to take a look at the game. If you prefer a more chill experience, you’d better look elsewhere, as the practice mode against the AI will probably not enough for you.