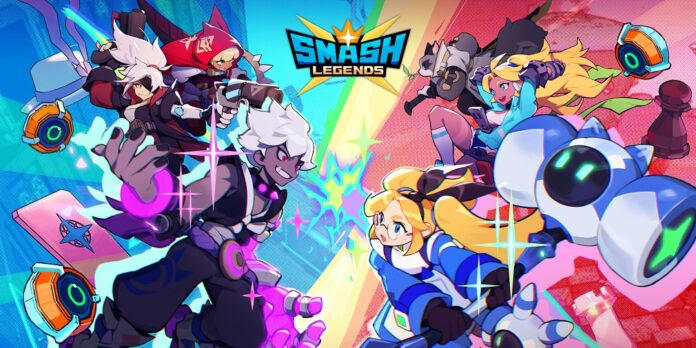 If you have been keeping tabs on mobile multiplayer games, there is a good chance you may have heard about Smash Legends, a 3D multiplayer action game in development by Line Games. Last year, players all over the world had the chance to try out the game in the Community Group Test, and soon enough, more will be able to try out an improved version of the game.

Smash Legends is coming to iOS and Android in the first quarter of 2021 in select regions and globally later in the year. The game will come with full cross-platform play suupport, so iOS, Android and Steam users will be able to play together with no limitations.

Smash Legends is a very simple fast-paced multiplayer game where players pick a character with unique abilities and get thrown right into the fray, smashing opponents around so that they sent out of the arena. The game will come with a multitude of play modes and some very simple controls that will make playing the game smooth sailing with touch screen controls.

Smash Legends launches on iOS, Android and PC this year.